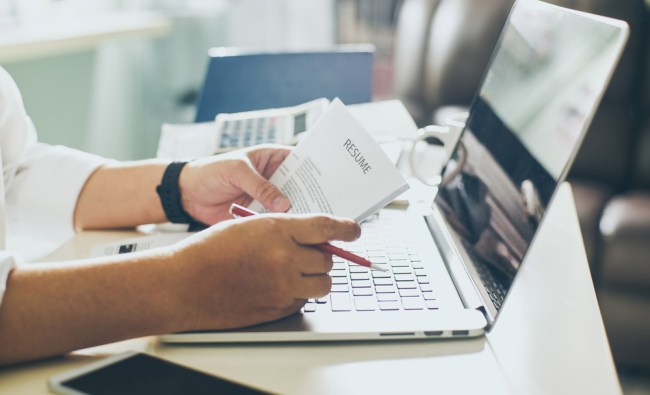 Everyone has done it, lied or exaggerated on a resume. It’s almost expected, right? Well, it’s SO expected that doing it more than likely will cost you any chance of getting hired.

According to a new research study commissioned by Australian recruitment company Robert Half, revealed that if you lie or exaggerate on your resume you’re probably going to get busted.

The survey of 460 hiring managers across Australia shows more than two in three (68 per cent) had eliminated a job candidate from consideration after discovering “dishonest or exaggerated information” on their application.

Managers said the most common areas where they busted applicants lying was of course in their work experience. The survey commissioned by recruiter Robert Half revealed most managers — 60 per cent — said they had caught candidates being dishonest about or exaggerating their previous jobs.

Almost half said they had caught applicants lying about their education or qualifications, and the same number of managers, 48 per cent, had experienced applicant dishonest about their technical skills.

Other common things that people stretch the truth on include: skills and duties performed in previous roles and fabricating internships.

“Transparency and honesty during the application and interview process are critical for candidates who want to be considered for a job,” Mr Morris said.

“Many businesses take background checks very seriously, which is made even easier thanks to increased online transparency and social media.

“Once untruthfulness has been discovered, candidates’ professional credibility has been damaged, and their chances of landing the job will be very slim to none, even though they might be ideal for the role.”

As for what you SHOULD do with your resume, Morris said keep it short, straightforward, easy to read and use relevant keywords that both match job criteria as well as your own personal skills.