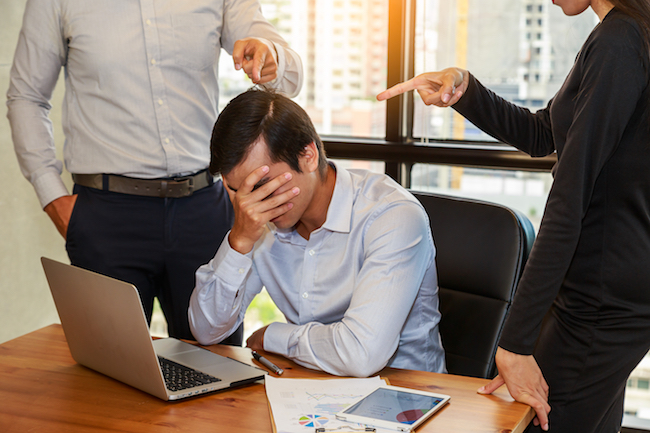 Congratulations. You landed the interview for a job that seems like a great opportunity, and they’ve made an offer. You’re about to accept the position, but something just feels off. It’s not the salary, or the work involved that’s causing hesitation.

“There isn’t a one-size-fits-all solution to identifying a toxic culture before you get hired,” explains Piyush Patel, author of Lead Your Tribe, Love Your Work, “but there are some steps you can take during the interview process to help you make a better decision.”

Patel, an entrepreneur with more than 20 years of experience in corporate culture. As the founder of Digital-Tutors, a world-leading online training company, he has helped educate more than one million students in digital animation, with clients including Pixar, Apple, and NASA.

Patel laid out the five clues that you might be stepping into a toxic work environment. Take notice of these issues before taking a job offer.

Job sites like Glassdoor and Indeed allow employees to post anonymous reviews about their companies. Look for patterns, both good and bad. If many of the reviews come from former employees, it could be a sign of high turnover, which is rarely a good thing. Take the occasional negative review with a grain of salt, but if many of the reviews have consistent themes like “They make it impossible to earn your bonus” or “Leadership only looks out for themselves,” that should be a significant red flag.

And proceed with caution if you see a series of consistently-negative reviews, followed by a volley of positive reviews that can’t stop heaping praise on the company. Those abnormally-positive reviews just might be coming from someone in HR or Marketing, in an attempt to clean up the mess.

Ask the Right Questions During the Interview

There’s always time to ask questions either during an interview or as you’re being given the office tour. Take advantage of these opportunities to get a peek into the culture.

A great place to start is by asking about their core values. In a positive company culture, everyone can identify what the core values are and what they mean. Are they real values or are they just campy, motivational buzzwords that are decorating the walls?

Here are some other smart questions to ask during the interview:

Pay attention to how the interviewer answers these types of questions. If they tend to badmouth others around the office, that shows an apparent lack of trust and respect. If the interviewer is hesitant, evasive, or seems to be BS-ing their way through these simple inquiries, then you have to wonder what they’re hiding.

Don’t Be Fooled by Perks

Foosball tables, arcade machines, and snack-bars are perks, which should not be confused with culture. Perks are nice, but is that foosball table really going to be the thing that motivates you to wake up, come to the office, and do your best work every day? Probably not.

If your interviewer keeps using perks as a way of describing how great the office culture is, they apparently have no idea what culture really means. It’s also a sign that the company doesn’t recognize the need to provide an atmosphere of genuine excitement and passion for their people. Again, perks are definitely nice, but they will never be able to make up for a crappy or hollow culture.

Take a Look at the Work Environment

If you have a chance to walk through the office on your way to the interview room, pay attention to the people you pass. Do co-workers smile and greet each other as they pass, or do they completely ignore each other? Shooting someone a friendly smile for two seconds takes zero effort, and if people in the company won’t even bother with that level of engagement, that’s probably not a good sign.

Are there an unusual number of empty desks around the office? That may be fine if you’re interviewing for a relatively new startup company, but if this an established organization, empty desks could be a sign of high turnover.

Are people eating lunch at their desks? That could mean they don’t have time to take a full lunch break—which is a red flag indicating they’re overworked. That’s usually the result of poor planning from leadership.

Check Out the Restroom

You can also tell a lot about a company by the state of their restroom. At some point, before your interview is concluded, ask if you can use their facilities, and take note of what you see. Are there wadded up paper towels on the floor, that nobody cared to pick up?

Silly as it sounds, is there an empty toilet paper roll on the spindle? If so, that means someone knowingly tore off the last few sheets, looked at the empty roll and didn’t care enough about their co-worker to take ten seconds out of their day to replace it. It’s at moments like these when you can see how genuine the culture is. Are employees alright with putting their colleagues in an embarrassing situation because they already got what they needed? Or do the people care enough for their co-workers to do what’s right when no one is looking?

Every company gives their employees a basic paycheck, but they don’t all prioritize building a culture that matters. As you’re looking for a new place to work, keep this in mind as you think beyond the size of the paycheck and the skills to do the job. Some people can endure a toxic work environment. Some might be able to do great work under negative conditions. But you shouldn’t have to. Life is too short to not love the place you work.

NEXT: Stop Making These Assumptions While Job Hunting – They’re Killing Your Chances At A New Gig