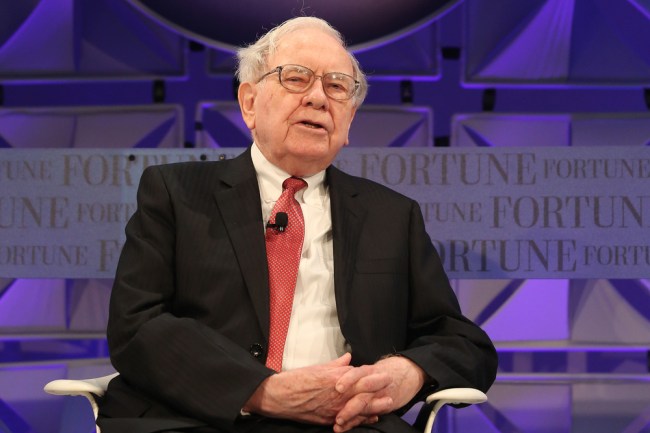 Warren Buffett is one of, if not THE, most successful investors in history. The Chairman and CEO of Berkshire Hathaway has been prophetic throughout the years and he’s racked up a personal net worth of over $87.5 BILLION.

As of January 1st, 2018, Warren Buffett has another reason to celebrate: he just won a 10-year-long bet against former hedge fund president Ted Seides of Protege Partners, LLC. The stakes were set for $2,222,278, the bet began on January 1st, 2008 and ended on December 31, 2017. While $2.22 million is an absolute FORTUNE to you or me, it’s chump change to Warren Buffett, but it’s not about the money, it’s about winning the bet against one of his peers.

The bet was simple. One of Warren Buffett’s most famous pieces of investment advice was to invest in low-cost S&P 500 Index Funds. Warren says the return on those funds will, over time, always be better than the return seen by hedge funds. Here’s what Ted Seides, formerly of Protege Partners, had to say about Warren Buffett’s investment advice: “Through a cycle, nevertheless, top hedge fund managers have surpassed market returns net of all fees, while assuming less risk as well. We believe such results will continue.”

“Over a ten-year period commencing on January 1, 2008, and ending on December 31, 2017, the S&P 500 will outperform a portfolio of funds of hedge funds, when performance is measured on a basis net of fees, costs and expenses.”

After 10 years, the index fund returned 7.1% compounded annually while ‘Protégé funds returned an average of only 2.2% net of all fees’ according to this article on Medium which talked about the decade-long bet.

In an article on Bloomberg last Summer, Ted Seides already saw the writing on the wall six months before the bet was over and wrote ‘Why I Lost My Bet With Warren Buffett’ where he detailed the reasons he thinks he lost the bet. The main point he tries to drive home is this “The S&P 500 had a great run as hedge funds lagged. Odds are that history won’t repeat.” I think you can glean from the title of that article that Ted’s not a very gracious loser and would rather double down on his mistaken stance from a decade ago than admit that he was wrong.

I call bullshit. If anyone’s willing to take a 10-year bet again I’m sticking with Warren Buffett. The man is probably the most brilliant investor in history. There’s no reason to side with the former president of a hedge fund over Warren Buffett, a man worth almost $90 billion.

There’s an article on Medium.com which catalogs how this bet came about and how it ended with Warren Buffett proving that low-cost S&P 500 index funds are always going to beat out hedge fund in the long term. I’ve only covered the details of the bet and how Buffett won, but I highly suggest reading the Medium article which goes into detail about the investments and players involved.