Grayson Allen gets teed up for slamming the ball down. Coach K immediately yanks him pic.twitter.com/ZjQqpHf9x0

That right there my friends is Grayson Allen’s fourth technical foul of the season, most among all ACC players.

During the first half of Duke’s ACC Tournament game against Clemson on Wednesday, college basketball’s most polarizing figure got called for technical foul after slamming the ball in anger and yelling “FUCK!” Grayson was called for an over-the-back foul, which he evidently objected to. It certainly didn’t help that Grayson finished the first half with 0 points and 3 fouls. Grayson Allen is on the playing field what Johnny Manziel is off playing field.

An irritated Coach K benched Grayson immediately after the tantrum.

Some agreed with the refs for slapping Grayson with a somewhat soft T.

Grayson Allen just got third foul and slammed ball right in front of me, then yelled "F–k!" Got the T he very much deserved. Never learns.

Others thought his reputation was the driving force behind it.

That's a BAD call on Grayson Allen. That was NO technical foul & trust me, I would tell you if it was or not. #Ridiculous

It’s hard to discount Grayson’s past when on-the-line calls like this get made. Refs have gotta be looking to diffuse any outburst when they become immediately apparent.

Dude, chill out, it was just a joke. 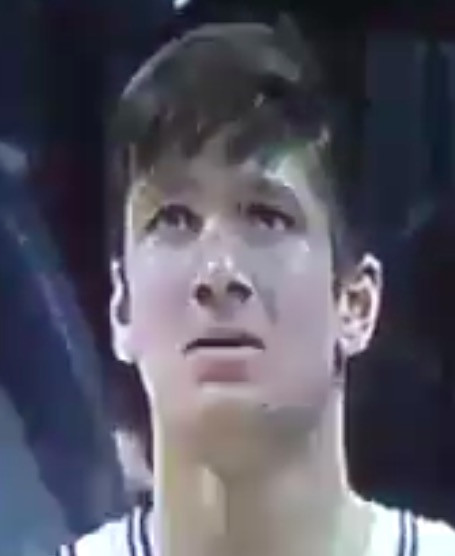