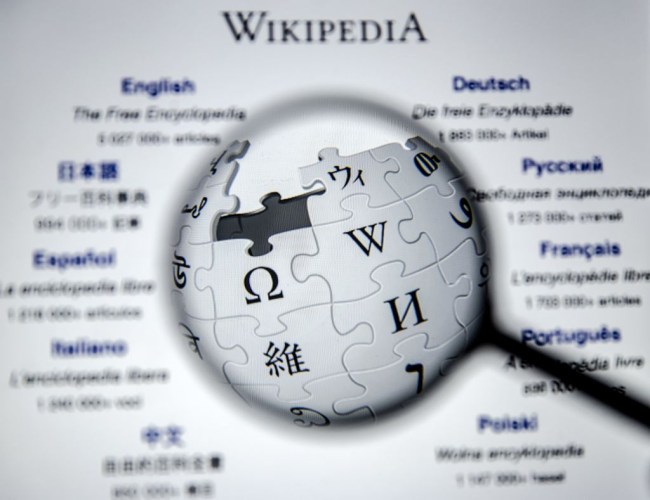 Wikipedia is possibly my favorite website on the internet

It gives you access to a wealth of information not seen in one place since the Great Library of Alexandria (which I learned about on Wikipedia).

What makes Wikipedia extra fun is that you can fall down rabbit holes of useless knowledge rather easily. One second you’re reading about the production of the Primus album Pork Soda, and before you know it, you’re boning up on your knowledge of the Storming of the Bastille without even knowing how you got there.

Sure, the information isn’t always accurate so you can never be sure what’s real (kind of like the end of Joker) but that only makes things more fun.

I find doing this a great way to kill time, and considering that’s what a lot of us are going to need to do for the next couple of weeks (or longer), let me help you get your Wikipedia binge started by filling you in on some of the weird, wild, and wacky shit I’ve learned while spending way too much time on the website over the past week.

How many Now That’s What I Call Music! CDs have been released?

You know those weird compilation CDs that your mom keeps in her glovebox? Yeah, there have been 73 of those things.

It’s Norman Lloyd. He has worked in every facet of the entertainment biz dating all the way back to 1923 and up to his most recent film credit in 2015’s Trainwreck.

How long can Greenland sharks live?

I decided to brush up on my shark facts ahead of Shark Week 2020 and did some reading about Greenland sharks.

They’re estimated to live between 300 and 500 years. That’s the longest lifespan of all vertebrates.

The Al Michaels for Oswald The Lucky Rabbit Trade

Recently, there were rumblings that ESPN and Disney were interested in reacquiring Al Michaels to helm the Monday Night Football booth.

Michaels was with ESPN/ABC Sports from 1976-2006. That tenure came to an end when NBC/Universal and The Walt Disney Company came to terms on a strange trade that they saw as mutually beneficial.

The deal involved ESPN letting Michaels out of his contract so he could sign with NBC/Universal and become the lead play-by-play announcer for Sunday Night Football. In exchange, NBC/Universal turned over the rights to the Friday coverage of the Ryder Cup as well as those to a cartoon rabbit.

Oswald the Lucky Rabbit, to be precise.

Walt Disney created Oswald the Lucky Rabbit in 1927. The series of cartoons became increasingly popular, but when Disney made a trip to New York to negotiate a new contract, he was met with so much resistance that he stepped away from the character. On the train back to California, Walt created a new character named Mortimer Mouse (later renamed “Mickey Mouse”).

So, things worked out fine for Walt.

Universal gained control of the rights to Oswald the Lucky Rabbit and continued to produce cartoons with the character into the 1950s and later in comic book form.

As time went on, Oswald’s value to NBC/Universal diminished. At the same time, The Walt Disney Company was looking to get the character back and all it cost them was one of the most iconic voices in the history of sports broadcasting.

I recently heard someone describe another person’s facial hair as a “Ned Kelly beard” and it made me wonder who the hell Ned Kelly is.

It turns out Ned Kelly is the most insane badass to ever carry the first name “Ned” (and he had one fantastic beard as well).

Kelly was a 19th-century Australian bushranger and one of many outlaws who prowled the Australian outback. When you consider Australia was a penal colony, it makes sense that there were some batshit insane fellas roaming around and Ned Kelly was one of the craziest.

Kelly is at the center of some wild stories but is probably best remembered for his “Last Stand.” Donning a full suit of homemade armor, Kelly and his gang ambushed authorities. He was repeatedly drilled with round after round of ammunition and was eventually captured alive.

He would be tried and hanged but went on to become a major figure in Australian history and folklore.

Where was Marilyn Manson Born?

Canton, Ohio. The land of the Football Hall of Fame!

Also, if you’re curious, his real name is Brian Hugh Warner (you know, he never really struck me as a “Brian”).

Was Marilyn Manson on the Wonder Years?

Did Marilyn Manson actually have his ribs removed so he can… y’know?

Thanks to the “Random Article” button, I learned that Kim Chul-Kyun is a retired pole vaulter from South Korea.

His personal best jump is 5.53 meters, which he achieved in May 1995 in Songnam.

Where the hell is Songnam?

Also known as Seongnam, it is the second-largest province in South Korea’s Gyeonggi province and the tenth biggest in the country with a population of nearly one million.

The Freezing of Ted Williams

The urban legend that Walt Disney’s head had been cryogenically frozen seems to be false but what apparently is true is that Ted William’s body was.

Despite his wishes to be cremated, two of the Red Sox legend’s kids opted to give him the ol’ cryogenic treatment.

There was controversy involved with this decision and William’s eldest daughter filed a lawsuit claiming the cryogenic pact said to have been signed by the family had actually been forged. Regardless, it seems Teddy Ballgame is still chilling to this day.

I was watching one of those shows on History Channel that tries to explain the unexplained (which would no longer make it “unexplained” so what’s the fun in that?). The show discussed the Loretto Staircase and I hadn’t been this intrigued by a staircase since that true crime series The Staircase.

The Loretto Staircase can be found in The Loretto Chapel in Santa Fe, New Mexico. The chapel was commissioned by a group of nuns known as the Convent of Loretto and was built in 1873.

The famous staircase is twenty-feet high and spirals from the ground floor up into the choir loft. Parts of it are held together with glue but there are no nails or screws involved and the wood used is believed to be a type of spruce that isn’t native to New Mexico.

Oddly enough, no one knows for sure who actually built the stairs but woodworking experts agree that the level of craftsmanship on display is remarkable.

While some believe that the stairs were a byproduct of divine intervention, the most likely builder was a man named Francois-Jean Rochas, a reclusive rancher who lived in the area.

The biggest piece of evidence to support his involvement is in an 1895 article about Rochas’s death (by murder) in that mentions that “He was a Frenchman, and was favorably known in Santa Fe as an expert worker in wood. He build [sic] the handsome stair-case in the Loretto chapel and at St. Vincent sanitarium.”

Additionally, the Sisters of Loretto’s logbook from that period mentions paying Rochas $150 for wood.

Assuming Wikipedia isn’t lying, I think that mystery is solved.

The Bonfire of The Vanities

I was looking up “The Great American Novel” because I was tired of people saying that they wanted to write it when there are already several dozen books that have staked their claim to the title.

One book on the list that stuck out to me was Tom Wolfe’s 1987 novel The Bonfire of The Vanities.

Why did this stick out to me? Well, to be honest, it was for no other reason than that there is a season seventeen episode of The Simpsons called “The Bonfire of the Manatees” and I realized that this book was the inspiration for that name (I’ve always maintained that when it comes to history and literature, The Simpsons taught me more than the public school system ever did and this is just further proof).

I also learned from Wikipedia that the book’s title comes from the historical Bonfire of The Vanities, which took place in Florence, Italy back in 1497 where a priest ordered objects that the church considered sinful—like cosmetics, mirrors, books, and art—be burned.

I’ve never read it but there’s apparently a movie adaptation starring Tom Hanks so maybe I’ll watch that and then act like I have.

Elvis, Nixon, and The “Un-Americanism” of The Beatles

One of the greatest photos ever taken is the one of the 1970 meeting between President Nixon and Elvis Presley in the White House. You have Elvis dressed in one of his Peak Elvis jumpsuits being sworn in as a DEA agent by a president who would resign in the wake of the Watergate scandal only a few years later.

What I learned recently was that during this meeting, Elvis pointed to The Beatles as an example of artists whose music exemplified a growing trend in “un-Americanism.” Oddly enough, at that point in his career, Elvis regularly performed Beatles songs during his shows.

Nothing Elvis ever did—especially in the later years of his life — made much sense but I guess that’s what made him Elvis.

The Maschinenmensch costume from Metropolis was made from “plastic wood”

Fritz Lang’s 1927 science-fiction drama Metropolis is still studied in film classes nearly one hundred years after its release. The film is best remembered for its pioneering special effects and that includes the costume used for the Maschinenmensch.

“Maschinenmensch” basically means “machine person” in German because the Germans have a word for literally everything. In the film, the character is a robot created by an inventor to replicate a woman named Hel that he was in love with (so basically he made a sex doll. Let’s be honest about this).

The costume was created by a sculptor named Walter Schulze-Mittendorf using a “plastic wood” that he found a sample of. The material was actually intended to be used as wood filler but allowed for a costume that looked metallic but still allowed the person wearing it to have some degree of free movement.

However, it was apparently not enough free movement, because the actress who played the character, Brigitte Helm, sustained cuts and bruises from wearing it because it was still so rigid and uncomfortable.

And now, back down the rabbit hole I go.