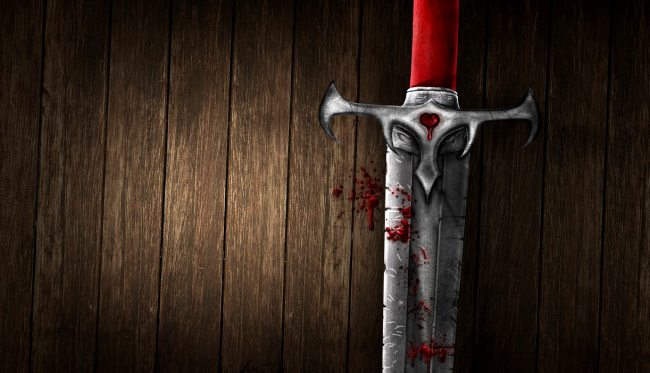 If you have been in the market for a 19th century vampire slaying kit then you just missed out recently when one was sold at auction for $15,517.

The creepy as hell package was sold an auction facilitated by Hansons Auctioneers in the United Kingdom and the final sale price came as a bit of a shock to auction house owner Charles Hanson.

“Interest in this item ahead of auction, both from potential buyers and media outlets all over the world, was intense,” he said. “It attracted strong advance bids. Nevertheless, the result exceeded all expectations. Bids came in from across the globe including France, America and Canada – and the news story about the find went viral.”

Prior to the auction, the 19th century vampire slaying kit was expected to fetch a price of somewhere between $2,387 and $3,581.

Some exciting finds today . From a Waterloo medal to a Vampire slaying kit which belonged to a titled noble Edwardian gentleman . A concoction of history ! pic.twitter.com/diFnWX9J98

This was no ordinary vampire slaying kit either.

It was fully stocked with two brass crucifixes on the lid with more crucifixes inside the box, a matching pair of pistols, a brass powder flask, holy water, a Gothic Bible, a wooden mallet and stake, brass candlesticks, rosary beads and Metropolitan police paperwork from the period, according to a press release.

The 19th century vampire slaying kit has a fascinating backstory

“Objects like this fascinate both collectors and people in general – and this vampire kit had particularly interesting provenance,” said Hanson.

“It originally belonged to Lord Hailey, a British peer and former administrator of British India. Whether through fear or fascination, it’s interesting to know a member of the highest aristocratic social order, a man with a place in the House of Lords, acquired this item. It reminds us that the vampire myth affects people from all walks of life. I think the aristocratic connection made this object even more desirable and, perhaps, helped it on its way to a particularly strong result.”

The items inside the lockable box were stamped with Lord Hailey’s initials which contained his name and address.

“Belief in vampires, an undead creature said to need human blood to survive, goes back hundreds of years and persists in some parts of the world today,” said Hanson. “They are enshrined in European folklore. The publication of John Polidori’s The Vampyre in 1819 had a major impact and that was followed by Bram Stoker’s 1897 classic Dracula.

“The task of killing a vampire was extremely serious and historical accounts suggested the need for particular methods and tools. Items of religious significance, such as crucifixes and Bibles, were said to repel these monsters, hence their presence in the kit.”

The kit was sold to an anonymous buyer who said they were “stunned and delighted” with their purchase which they said was made for the item’s “novelty and historical value.”