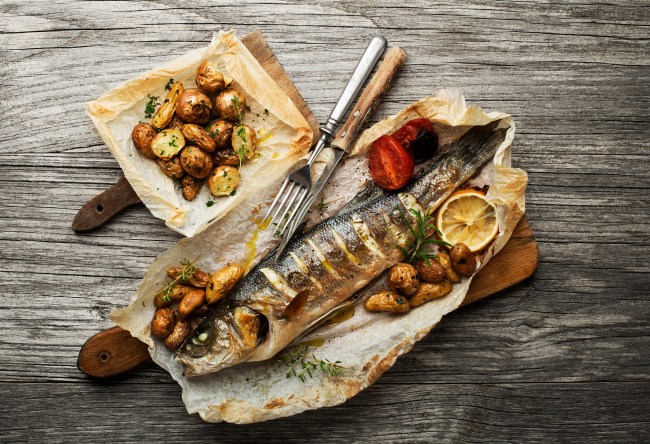 Purchasing seafood is a pretty straight-forward and simple transaction, or so we’re led to believe. We have in mind a fish/crab/etc we want to eat, we choose that item off a menu or at the market, and we pay for it.

If we order a Snowy Grouper at a restaurant, we expect that’s what will show up on our plate. Likewise, if we order the Maine Peaky Toe Crab Salad then we expect to be served Peaky toe Crab Salad and not some impostor dish.

A recent nationwide study shows that we’re all getting boned by the seafood industry on a pretty regular basis. The study conducted by Oceana tested 449 fish purchased from markets/shops and restaurants, across 24 states in the US (and Washington D.C.).

Using DNA testing, what they found is 20% of the samples tested from coast to coast were mislabeled and the biggest offenders are restaurants where the fish samples were mislabeled 26% of the time compared to 24% at ‘smaller markets’ and 12% of supermarkets.

Seabass was the most frequently mislabeled species. They found that Seabass was mislabeled an astounding 55% OF THE TIME. Snapper was the second most mislabeled fish at 42%. The thing I probably found most interesting about this study is by using DNA testing they were able to find out exactly what the mislabeled species was. When you think you’re eating Seabass it’s actually Giant Perch or Nile Tilapia most of the time (mislabeled 55% of the time!!!).

Here are some of the most commonly mislabeled species and what the most likely impostor is being served to the customer (via WeForum):

I’m never even heard of Lavender Jobfish and I thought I’d heard of most fish species on the planet. It’s also known as ‘Lavender Snapper’ to some. And by ‘Florida Snapper’ I assume this is referring to Florida Red Snapper.

It’s easy to assume that all of this mislabeling is happening in some processing plant on the other side of the globe but that’s not the case. Carlos A. Rafael was known as ‘The Codfather’ and he was a New Bedford fishing mogul until he was recently shut down, fined $3 million, banned from commercial fishing forever, and sentenced to 46 months in prison.

During that sentencing, this titan of the American fishing industry admitted to mislabeling 700,000 POUNDS of fish. So it’s not like this is only happening in Russia or China and making its way to our plate, this is also happening right here on American coastal waters.

READ: The 25 Best Tasting Fish in the World

Here’s a PDF of that study if you’re interested in seeing a graphic of where in America the fish/seafood was DNA tested.

And for a complete rundown of this study on mislabeled fish, you can click here to visit WeForum.