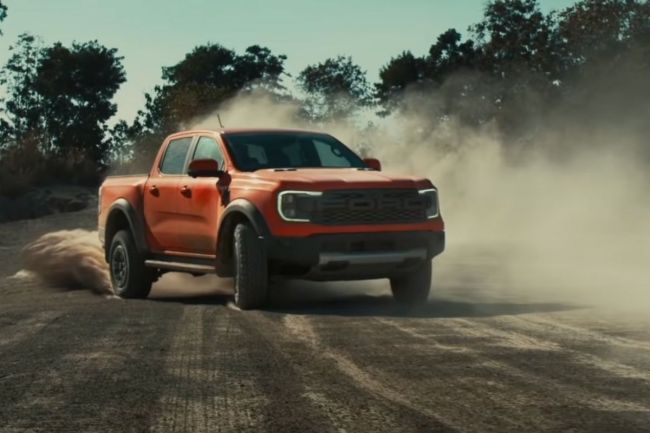 Earlier this week Ford announced they’re officially releasing the Ford Raptor Ranger in the U.S. and in Canada. The truck is slated to arrive in North America in 2023, so it’s not entirely clear what year of lineups it will be included in. However, the truck will likely touch down in Europe and Australia by the end of summer or by the end of 2022.

Pricing has not yet been released, but if we had to guess we’d say it will hover around the $55,000 mark based on comparisons to the upcoming Ford Bronco Raptor.

This release means Ford dealerships will now have a trifecta of Raptor offerings—F-150, Bronco, and Ranger.

What’s cool about the Raptor Ranger is its global audience. The Ranger Raptor has been available in Europe, South Africa, Australia, and other countries for several years now.

CEO Jim Farley took to Twitter to announce the release of the truck in the early AM this week so fans all accross different time zones could hear the news.

The #NextGenRangerRaptor is here. Developed by @FordPerformance for pickup enthusiasts around the world. https://t.co/rEq3plBngf
Ranger is a truly global vehicle.
It's sold in 180+ countries around the world and will be coming to two more starting next year: 🇺🇸 & 🇨🇦 pic.twitter.com/AUjTq7eqA2

People we’re stoked to see the truck in action. Here’s what some had to say when they saw the video of it ripping through the desert.

The new Ford Ranger Raptor has been revealed and not only does it look epic, it now packs 292 kW and 583 Nm from Ford’s twin-turbocharged 3.0-litre V6 EcoBoost petrol engine.

Oh yes, there is also a Baja exhaust mode if you keen to annoy your neighbours 🤣 pic.twitter.com/4mj1qz4J3v

This is the new Ford Ranger Raptor. 😉

What do you think ladies and gents? ☺️ pic.twitter.com/LdEd8vkOK6

Depending on where you’ll be buying the Raptor Ranger will determine the engine performance. Emission laws have dictated how much horsepower these bad boys can kick out. For example, Europe’s model will have 25% less power than those sold in Australia due to tests the engine will have to pass.

US buyers should not be worried though. The US Raptor Ranger will have a twin-turbocharged 3.0-liter V6 EcoBoost engine tuned to generate 285 horsepower and 362ft-lbs of torque.

Why the Ford Ranger Raptor Was Not Available in America

As mentioned earlier, popular performance truck has been a favorite in European markets for the past several years. The combination of the Ranger’s durability with the Raptor performance has proven to be a fun beast for car enthusiasts to drive.

Yet the hang-up on the Ford Raptor Ranger touching down in the U.S. has primarily been due to passing emissions testing and modifications at the Federal level. Many of the past Ford Raptor Ranger models had been given diesel engines that would have to be edited for sale in America.

Another potential reason for not selling the Ford Raptor Ranger in America was the price point. Car bloggers have pointed out the estimated price point would compete with other trucks inside of Ford (like the F-150 Raptor) and outside of the company (from companies like Chevy and Dodge).

A world with three different Raptor models—how cool is that?