Heads Up! A 22-Ton Rocket Is Going To Crash Back To Earth And Nobody Knows Where It’s Going To Land 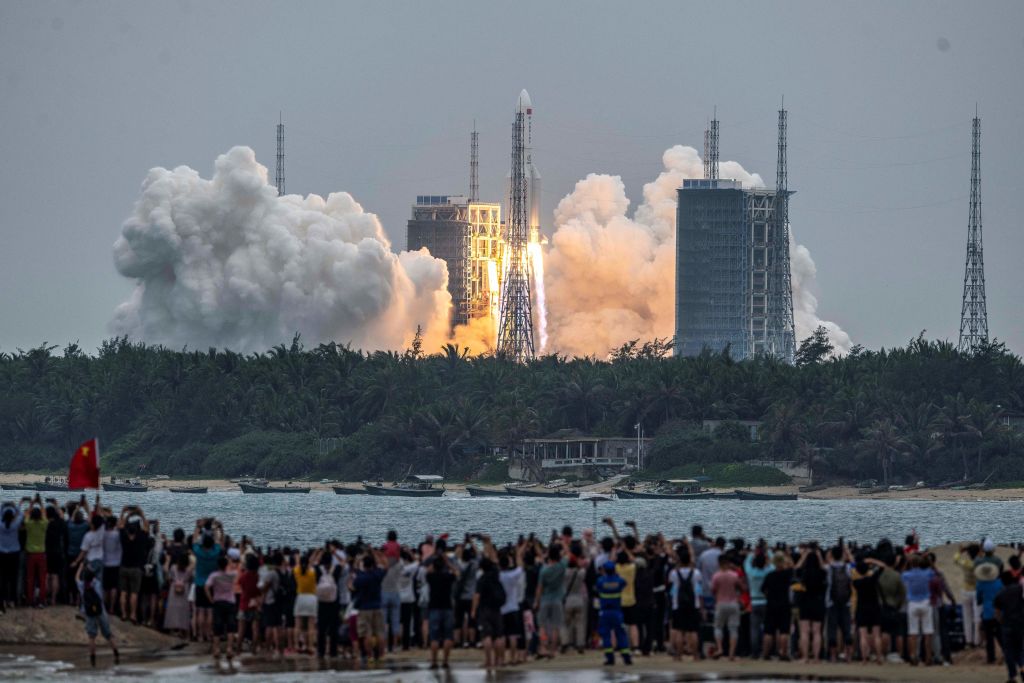 If your nerves are frayed and tensions are running high in your life you might not want to hear this news. An out-of-control 22.5-ton Chinese rocket is set to crash land back to earth just days after launching. And nobody has the slightest idea on where it will land.

The good is 71% of planet earth is water. So the chances of this 22.5-ton potentially deadly rocket landing out at sea somewhere is fairly high. But that doesn’t mean this Rocket of Doom won’t land somewhere in the 10% of earth that’s developed and occupied by people.

This all began last week when China launched its first module for its space station on Thursday local time (Wednesday in the US). Their Tianhe module was brought into space by a Long March 5B rocket and the Tianhe separated several minutes into the flight (492 seconds).

The 22.5 metric ton rocket was not meant to enter orbit with the module but it did and now it’s slowly and uncontrollably making an entry back to earth as the atmosphere drags it back in. This means the 22.5 rocket will crash land back here soon.

According to SpaceNews, there was “speculation that the Long March 5B core would perform an active maneuver to deorbit itself” but that didn’t happen and now the world is bracing for a 22.5-ton fiery object to come flying back uncontrollably. The rocket is currently orbiting at more than 7 kilometers per second and it’s impossible to track where it will make a re-entry.

The out-of-control rocket has been observed from earth. Based on this footage, it’s believed the rocket is tumbling and out of control.

To give you a sense of how fast it’s moving, this rocket is currently orbiting earth every 90 minutes. Based on the rocket’s current path, it’s flying just north of New York, Madrid, and Beijing and it’s going as south as Wellington, New Zealand.

Orbital decay is the primary reason that the crash landing is impossible to predict. Even a fraction of a degree of change sets it on a course thousands of miles in new directions.

The silver lining is the 22.5-ton rocket will likely break up into many smaller pieces while burning its way back to earth. Space News states that the general rule of thumb for surviving pieces/matter upon re-entry is 20-40% which is still A LOT of burning metal to worry about from a 22.5-ton rocket.

To read more about why it’s so complicated to predict this re-entry, you can click here.