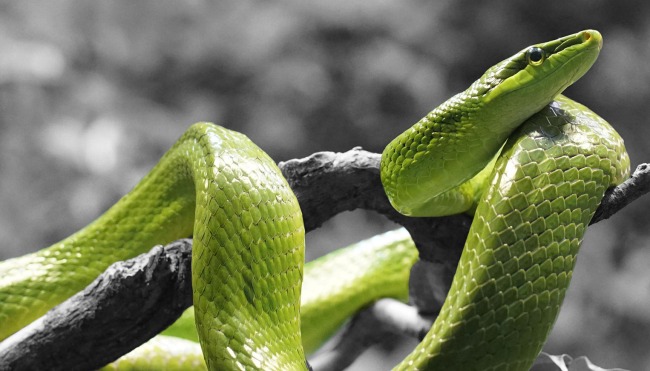 Meanwhile, in Russia, a 4-foot long snake had to be pulled from a woman’s throat after the creature reportedly slithered into her mouth while she slept in the yard of her home in the Levashi village in Dagestan.

According to Australia’s 7 News, the unidentified woman awoke feeling unwell and was rushed to the hospital where she was placed under general anaesthetic.

In footage of the procedure to remove the snake, we hear a doctor say, “Let’s see what this is,” as he removes the snake after inserting a tube down the woman’s throat.

A female then grabs the snake, revealing its full length, as she and the rest of the medical staff look on in horror and disgust.

Apparently, the woman had been sleeping in her yard when the snake made its move. Locals report that incidents such as this have been known to happen and according to 7 News, “older citizens reportedly advise the young not to sleep outside because of the risk of snakes slithering inside their mouths.”

The Sun reports that it has been unable to independently authenticate the footage, and that the Ministry of Health in Dagestan is investigating the video.

The chief physician of the Levashinsky district hospital, Patimat Abdurashidova, stated that she was unaware of such a procedure being carried out in her facility.

On the plus side for this woman, it could have been worse. Last year, a circus snake trainer was reportedly strangled by a constrictor during a performance in front of traumatized families in Dagestan.

Dagestan authorities also denied that this incident happened in their country as well.