Think Your Commute Is Tough? At Least You Don’t Have Semi-Trucks Colliding With 463-Pound Alligators On The Highway 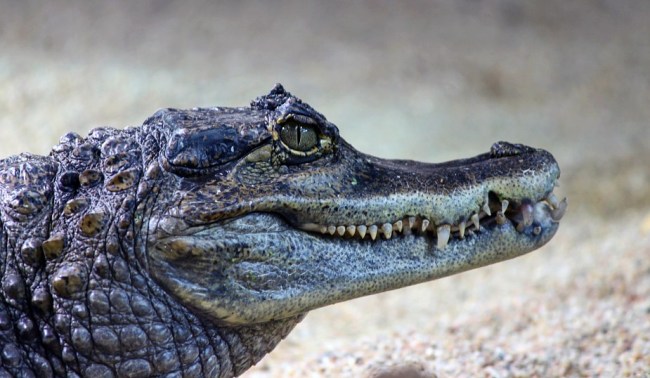 Okay, what is going on with animals these days? Have I been watching too much Westworld or are they a lot tougher now than when I was a kid?

We’ve got a mountain lion getting blasted by a car, destroying the vehicle, then just running off. And now we’ve got an alligator that looks like it came straight out of the prehistoric age getting hit by a semi-truck on the highway and somehow NOT being killed instantly.

For the rest of the alligator story we go to, where else, Florida – Interstate 10 in Tallahassee to be specific.

It was there that a massive alligator more than 12-feet long and weighing in at a svelte 463-pounds caused traffic to be completely halted by authorities after it wandered on to the road and went head-to-head with a freaking semi-truck before being captured by Leon County gator trapper Broderick Vaughan.

“I’ve been the trapper here in Leon County since April 2010 and that was the third biggest gator I’ve captured,” Vaughan told the Tallahassee Democrat. “That was a pretty big one and he wasn’t happy that we were trying to remove him.”

The gator reportedly injured its snout (you think?) and was later euthanized due to “the severity of its injuries.” How it wasn’t dead on arrival after being hit by a freaking 18-wheeler is still a mystery.

Check the size of this monster…

Jeezus, are we 100 percent sure dinosaurs are actually extinct?