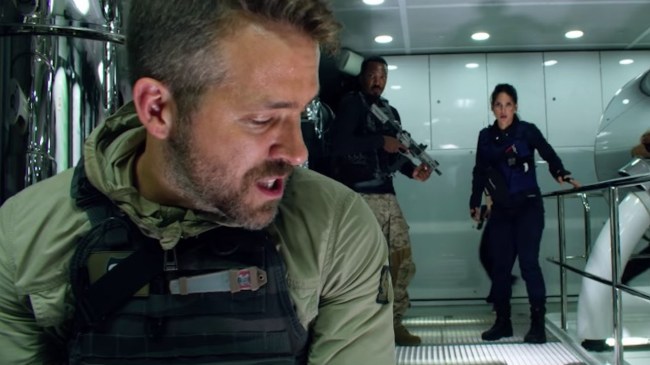 I’ve always considered a movie star to be someone who essentially plays varying degrees of themselves in whatever movie they happen to appear in.

And now, thanks to the overwhelmingly massive success of the Deadpool franchise, it appears that Ryan Reynolds has entered that highly-lucrative phase of his career and we are HERE for it, as there is arguably no one in Hollywood with as infectious of a personality as Reynolds.

Starring as a secret soldier version of himself, Netflix just dropped the trailer for the Ryan Reynolds starring film 6 Underground, which looks like it may be the Michael Bay-iest Michael Bay film of all-time.

Here’s the official synopsis for 6 Underground, via Netflix:

6 Underground introduces a new kind of action hero. Six individuals from all around the globe, each the very best at what they do, have been chosen not only for their skill, but for a unique desire to delete their pasts to change the future. The team is brought together by an enigmatic leader (Ryan Reynolds), whose sole mission in life is to ensure that, while he and his fellow operatives will never be remembered, their actions damn sure will.

All jokes aside, some of the action set pieces in 6 Underground looks like they’re going to be absolutely bananas and worth the price of admission on their own.