‘60 Minutes’ Season 54 Premiere Was A Harrowing, Heartbreaking, And Necessary Look At The FDNY’s Bravery On 9/11 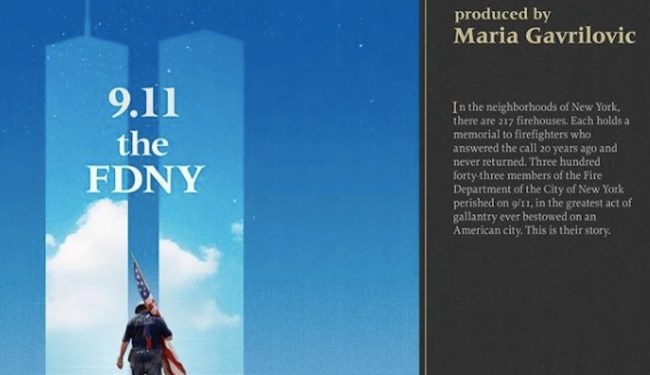 Over the weekend, from coast to coast and from city to city, Americans remembered 9/11, which took place 20 years ago on Saturday. And while there is no right or wrong way to pay your respects so long as you do so, 60 Minutes’ Season 54 premiere episode — which was entirely about the bravery of the Fire Department of New York City on that fateful day — certainly qualifies as a piece of required viewing.

Reported on by veteran journalist Scott Pelley, 60 Minutes’ retrospective into the FDNY’s mind-blowingly heroic actions on that day serve as a sobering reminder of the impossible task those brave men and women were presented with, and of how they dutifully carried out their mission regardless. Speaking to some of the FDNY higher-ups who lived to tell the tale, 60 Minutes put together a harrowing, heartbreaking, and necessary look back at the unprecedented bravery displayed by the men and women of the FDNY on September 11, 2001.

In total, 343 members of the FDNY perished on 9/11, and despite the obviously grave danger of their circumstances, not a single firefighter refused the call of duty.

“When I gave the assignments out, I could see the look in their eyes. I remember seeing firefighters hugging each other and heading up [into the WTC towers],” says Peter Hayden, who was the Division One Commander of the FDNY on September 11, 2001. https://t.co/QU1H6iXblr pic.twitter.com/HkaOynOMko

343 members of the FDNY died on September 11, 2001. In a tradition where the job is handed down in families, many lost fathers, sons, and the brothers. https://t.co/2TomPhrzV8 pic.twitter.com/UcIzqd3VBH

You can watch the entire 60 Minutes Season 54 premiere HERE. This is far from the first piece that the iconic television newsmagazine has produced, as 60 Minutes recently uploaded many of the 9/11 stories that they’ve produced throughout the years to their YouTube page.

Even 20 years later,  while the loss our country suffered that day remains omnipresent and ever painful, the pride inspired by how the men and women of this country came together for each other remains immeasurable.