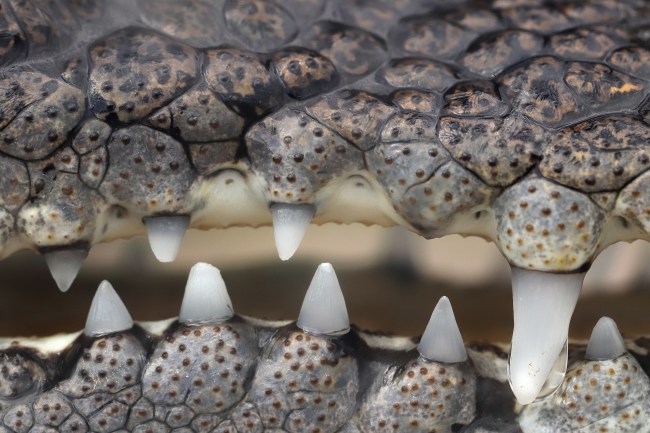 Rangers in Australia’s Northern Territory were called in to capture and relocate a living dinosaur. The average croc they are usually required to trap in the area around Katherine River measures about 11.5 feet but this one measured a hulking 15.5-feet-long and was easily large enough to take down a buffalo.

According to reports, this area around the outback town of Katherine (specifically, the Flora River) is a popular tourist destination so the rangers are routinely tasked with relocating potentially problematic crocodiles. However, it’s quite rare that they ever come across one this large.

The report on Sky News shared that one of the rangers claims this is the largest saltwater crocodile caught in this area in years. It’s easy to believe that when you see this beast of a croc. Seriously, take the 60 seconds and watch the YouTube video below this picture so you can really gain a sense of just how massive this saltwater crocodile is:

Australia is known as a land full of dangerous creatures. Snakes, sharks, jellyfish, spiders of every type. But the crocodile has always seemed like the international symbol of danger in Australia. This clip below of Cahill’s Crossing is about a 3-hour drive away from where this saltwater crocodile above was captured but it really drives home just how dangerous the crocodile situation can be.

Federal law made crocodiles a protected species in the 1970s and their numbers and size have been on the rise ever since. Without hunters out there curbing the population numbers, the big get bigger and bigger and bigger and the gargantuan ones eat the big ones and they all eat the local mammals and MY GOD did you see the size of that thing above?!

Saltwater crocodiles really have no natural predators. They can take down sharks and nothing else has the gall to mess with them. When left unchecked, they can live for an average of 65 years!