The 8 Most Obnoxious Types Of People On The Internet 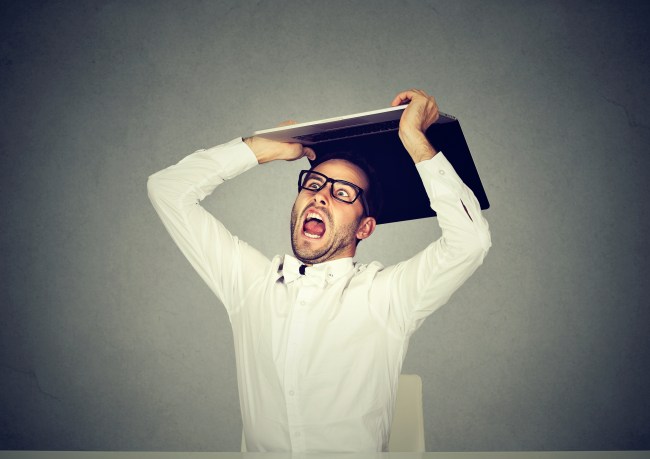 It is by far the best time of year to be your worst, and the internet has taken full advantage.

Please join me in despising the very existence of the following 8 groups of Obnoxious Interneters.

The ‘She’s Not Even Hot’ Guy

She's not even hot anymore. Needs to go back in the kitchen.

Dude she's not even hot, I don't get it.

I swear Rihanna is getting less and less attractive. She's not even hot anymore. #unpopularopinion

The Not Even Hot Guy is seemingly everywhere on the internet, but how can one spot one in real life? A recent Twitter demographics study showed that 86 percent of the people who tweet about unattractiveness are grown men with pony tails who work at GameStop and own a chain wallet.

The data also found one hundred percent of them to be irreversibly  unfuckable.

The Effortlessly Hot Bohemian Traveler Guy is proof that all you need to find serenity in life is Mother Nature, a man bun, a daily acai bowl, the ability to have a six pack without working out, an unreasonable obsession with yourself, 7-10 tattoos in languages you don’t speak, and a rich dad. Carpe diem, losers.

The ‘Sit On My Face’ Guy

There is simply no room in society for a guy who yearns for a keester cake to the face. The neck and below, fine, but that’s when I draw the line on my wife’s birthday.

Seems like a perfectly okay guy, but if I see another pre-roll ad guaranteeing I can make millions leveraging my 329 Instagram followers, I’m going to lay under the tire of that Lamborghini.

Tales of The First Commenter Guy’s fast fingers will be told in internet folklore for generations, his name etched under Dan Bilzerian’s Instagram posts for eternity. His legacy is unmistakable, so may we honor Him by awarding him with something he’s never received in real life: a trophy.

Y’all spend too much damn time trying to TEACH someone how to be right for you when the right one will naturally just BE.

If another 15-year-old TikTok star with a great head of hair lectures me again on how to live life to the fullest, I’m going to internalize my anger and blow up on someone I love.

Hey pipsqueak, it’s all sunshine and rainbows until you turn 30 and your metabolism shuts off and your wife resents you and the goddamn lawnmower engine shit the bed again.

The Guy Who Hurt My Feelings

If only this loser knew that he cannot hate me as much as I hate myself.

I hope that was as cathartic for you as it was for me. Believe it or not, I actually feel like I can love again.