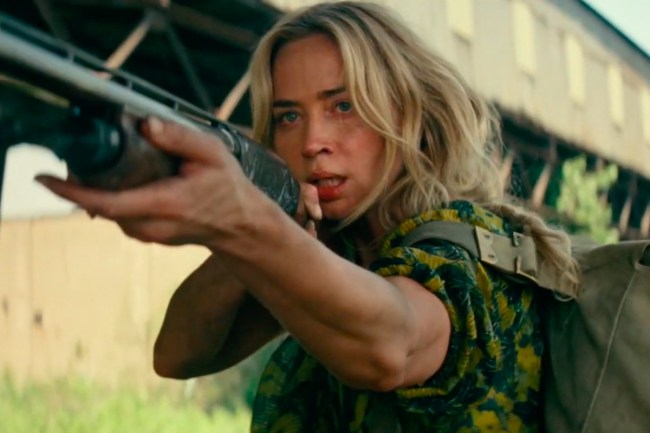 Prior to the pandemic, A Quiet Place Part II was so close to being released that critics were already shown the film, which usually happens around two-to-three weeks before a film makes its way into audiences.

Obviously, like everything else in Hollywood, A Quiet Place Part II was delayed for over a year and is now finally set to hit theaters over the weekend.

With the film’s release just over a week away, the first critical reactions have begun to hit the internet, confirming that A Quiet Place Part II, while not as excellent as the original, is still a worth entry into the horror genre and continuation of the franchise.

Overall, Rotten Tomatoes says that the film is a “nerve-wracking continuation of its predecessor that expands the terrifying world of the franchise without losing track of its heart.”

Nick Allen at RogerEbert.com gave the film three out of four stars, saying that “even if this sequel remains firmly in the shadows of the original, I wanted part three as soon as it was over.”

Jim Vejvoda over at IGN states that “while A Quiet Place Part II can’t quite top its predecessor, and never quite nails the multi-narrative cross-cutting it employs, it’s still a highly exciting and well-acted follow-up.”

Leah Greenblatt of Entertainment Weekly also had a positive reaction to the film, writing in her review that “it’s almost immediately immersive to be here again, even if it ultimately feels like three quarters of a very good movie chopped off from a whole.”

That’s not to say that all reviews have been positive, as Den of Geek said in their article that One leaves A Quiet Place Part II with the feeling that the movie has been an extremely well-made and often gripping time-filler instead of a genuine expansion of the tale set-up by the first film.”