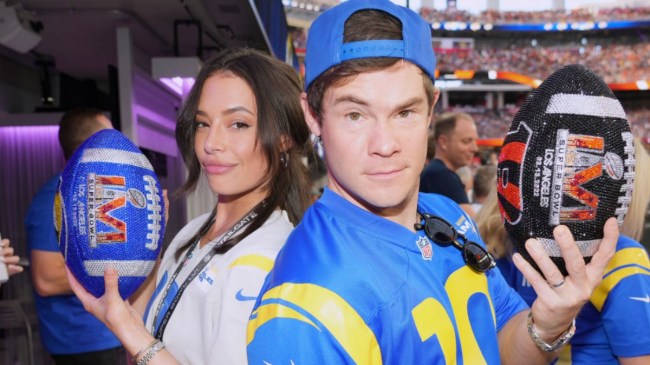 Right now is probably not the best time to have people confusing you with Adam Levine.

Earlier this week, an Instagram model alleged that she had an affair with the Maroon 5 lead singer and released DMs she claims were from Levine in which he asks if he can name a child he is currently expecting with his wife after her.

the "adam levine wants to name his baby after the woman he cheated with" allegations are wild. also wild? why did he send a 🤷‍♂️emoji 3 mins after sending the most bonkers message i've ever seen in my life pic.twitter.com/6N562kp6bO

Levine has denied the affair, but did admit he “crossed the line”.

Since then, more allegations have been brought up of Adam Levine sliding into other women’s DMs.

Adam Levine always sounded like a hyena being dragged in a back alley when he sang, especially when attempting to hit those high notes. Now I learn he's still a cheater (been stories about him for years). And I don't believe he's sorry. Another woman came forward with receipts. https://t.co/EFwx6OtZCU pic.twitter.com/n55eebX7RC

It seems that there is one innocent bystander who has been caught in the crossfire of Levine’s issues.

Actor Adam Devine took to Instagram today to let everybody know that he is, in fact, not Adam Levine and took a shot at Levine in the process.

Just want to post this and say that my wife @chloebridges and I are doing great and going strong. I am not Adam Levine. He’s a different guy and a worse singer. We are however naming our future baby Sumner.

Devine and Levine have actually crossed paths in the past when Devine tried out for “The Voice” as his character, Bumper, at the end of Pitch Perfect 2.

Unfortunately, that performance of “All of You” wasn’t enough to let people know that Devine and Levine are different people.