A New Adam Sandler Movie Broke A Netflix Record And Who The Hell Is Watching These Things? 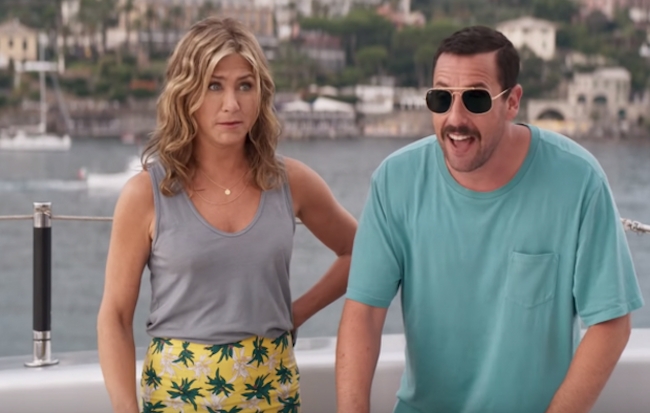 In the mid-90s, Adam Sandler went on an absolute tear as far as movies are concerned by releasing a number of comedy classics including Happy Gilmore, Billy Madison, and The Wedding Singer over the span of a few short years.

By the time the 2000s rolled around, Sandler’s movies experienced a dramatic dropoff as far as quality is concerned (with the exception of the ones where he took on more serious roles) but that didn’t stop people from flocking to theaters to see virtually anything with his name attached to it regardless of how shitty the reviews might’ve been.

In 2014, Netflix decided to take advantage of Sandler’s draw by signing him to a massive production deal, and since then, he’s made a bunch of objectively terrible movies for the platform—the most recent of which is Murder Mystery.

As of right now, the movie is rocking a 45% rating on Rotten Tomatoes but that apparently wasn’t enough to stop plenty people from watching it—and by “plenty of people” I mean over 30 million accounts who just helped Sandler break a Netflix record over the weekend.

To this I say:

To put things in perspective, Netflix has 139 million subscribers (although its unclear how many unique profiles there are).

A sizeable chunk of Murder Mystery was filmed in Italy as Sandler followed in his proud tradition of using the massive budgets he’s given to take vacations to exotic locations, so while his movies might suck nowadays, I have to say I respect the hustle.