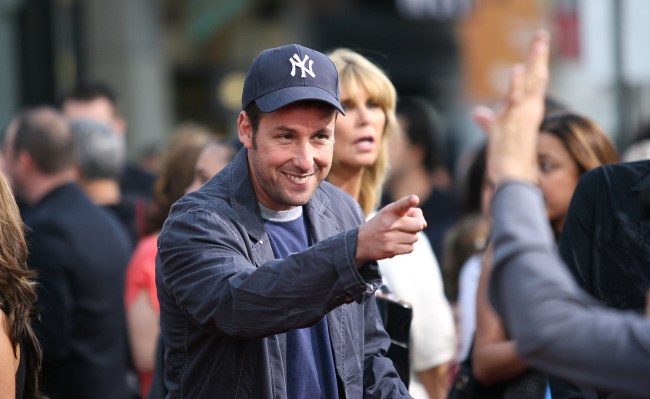 On Thursday, Adam Sandler’s Twitter account was hacked, and it started spewing hateful tweets. This cyber-attack came only days after Mariah Carey’s Twitter was hacked and started sharing racist tweets. Mariah’s Twitter account, which has over 21.4 million followers, tweeted over 50 times with racist slurs and comments about Eminem’s penis on New Year’s Eve.

Adam Sandler’s official Twitter account was also hacked, and it looked similar to the Mariah Carey Twitter takeover. Sandler, who has over 2.4 million followers on Twitter, was completely normal as of Thursday, where the social media account posted a trailer for the comedic actor’s latest movie Uncut Gems.

Who ever hack Adam Sandler’s twitter has such a way with words 🥺 pic.twitter.com/FCdgxAjuqH

Adam Sandler’s twitter got hacked and this dude is a straight savage 😂 pic.twitter.com/Wes4oGP4LI

By Thursday night, “Adam Sandler’s Twitter” was a trending topic on the social media platform along with “War with Iran” after posting racist messages.

Wait we’re having a War with Iran over Adam Sandler’s Twitter?? pic.twitter.com/WeNHQhyV5E

The account was locked shortly after being compromised. Before being locked, there were insensitive tweets referencing President Donald Trump, President Barack Obama, and ASAP Ferg.

Adam Sandler’s hackers are thought to be the same group that successfully hacked Mariah Carey’s account on New Year’s Eve. The “Chuckling Squad” are believed to be hackers of Sandler and Carey, especially since one of the hacked tweets said: “I just had phone sex with @MariahCarey.” One of Sandler tweets referenced the Twitter handle “@iNuBLoM,” which was also cited by Mariah’s hacked tweets.

As I sit here watching Mr. Robot, I see that Adam Sandler's Twitter has been hacked. Use strong passwords and MFA, kids! pic.twitter.com/mLk6UZIIZ3

The Chuckling Squad also hacked Twitter CEO Jack Dorsey in August and Chloe Grace Moretz in September. An alleged Chuckling Squad member was arrested in November. To gain access to these popular Twitter accounts, Chuckling Squad is said to have used a SIM-swapping technique to take over the social media accounts.