Airport Workers Revealed The Most Disturbing Things They’ve Seen In Baggage X-Rays, God Help Us All 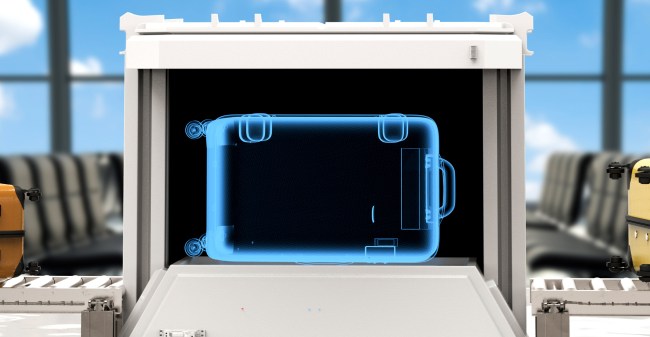 Everyone knows that when they take public transportation they’re taking their lives in their own hands. No, I am not talking about getting into a car accident or having the plane crash. I am talking about the massive amount of disgusting germs found in rideshare cars, buses, subways, trains and in airports.

Frankly, I don’t know why or how more viral outbreaks aren’t directly traced back to public transportation. I think the powers-that-be are missing the boat here when they conduct their investigations into these things.

For further evidence of this, we go to a Reddit thread posted this week which asked, “People who look at the x-rayed baggage in airports what’s the most disturbing thing you have found?”

Fair warning, after reading the responses, you may want to cover yourself in plastic wrap the next time you have to set foot on an airplane.

Best response? “Just one scissor? That is disturbing!”

Number two answer (5.9K votes): “Lots of loaded fire arms, weapons really. You’d be amazed at how many people try to fly with guns and use the excuse “I didn’t know I had one in my bag.” Tasers, batons, switchblades, you name it. Runner up three sculpted rubber vaginas/lower torsos with the liquid still on them in Ziploc bags. The guy was bringing his girlfriends to Hawaii I guess and didn’t feel like cleaning them. Third place is a bag full of cockroaches skittering among regular clothes with crumbs everywhere. The guy kept them as pets.”

I warned you… “a bag full of cockroaches.”

I think Redditor blueshyperson hit the mail on the head when they commented, “But why?”

Number four answer (5.0K votes): “Not the airport but coming onto a military base overseas was running the X-ray machine at the walk-in gate. Seen a very tiny chick come in wearing a grossly oversized backpack and she had an odd expression on her face like she was uncomfortable. So, naturally I chose her as my random bag check for the group. Ran the bag through the x-ray machine and let me tell you she had this giant back pack stuffed as tightly as she could with what only looked like nothing but huge dildos. I never seen a woman turn as red and as fast as this woman did.”

Well, that certainly explains the “odd expression on her face.” 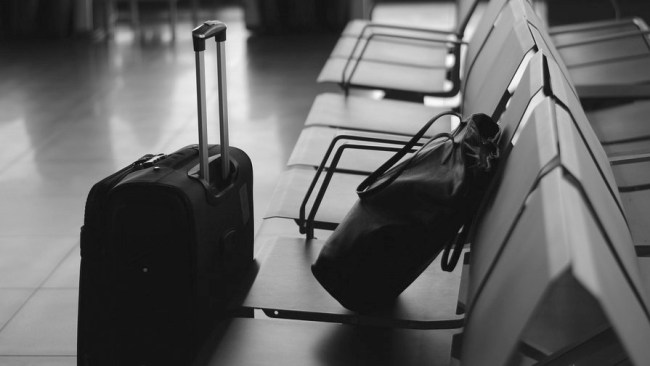 Number five answer (2.4K votes): “Didn’t even need an x-ray, it was in plain sight. Working a baggage pier in the sorter, coworker drops off an odd sized item, looked like a regular folding table at first in one of our clear plastic bags. Coworker tells me it is an S&M table. Being the new guy, I thought he was messing with me, but then I looked closer. It was a folding table, but on one side was a T-shaped item labeled ‘The Jackhammer’ down the side. On the other side of the table were some silver handcuffs. So it was an S&M table. Was going to Ohio.”

Number seven answer (1.6K votes): “I worked in left luggage/lost property in an airport and we found some… Weird things. We had to take all the bags over to be scanned if they were found or handed into us. People had a month to call us or collect or it was donated to charity or disposed of. Here’s some I can remember: Samurai swords, a backpack full of live crabs, a suitcase filled entirely of empty monster energy cans, I’m talking maybe 30 cans, a bag of reborn baby dolls, a LOT of mouldy food, a LOT of large knives, weird looking sex toys, people’s ashes, like how do you carry the ashes of your loved one and leave the bag in the airport? I used to love the days where we got to sort through out of date stuff because we’d see who found the weirdest thing! Sometimes you would come across a bag that just didn’t make sense that had like a towel, underwear and then completely random items that you wouldn’t travel with! The shit people try and get on a plane with is absolutely crazy, we had a lot of ‘campers’ and ‘explorers’ who tried to use that as an excuse to take their machetes on board with them!”

They later added that they also “once had a mummified cat found in an abandoned suitcase.” So there’s that too.

Number eight answer (964 votes): “I saw a body once, it was wrapped in plastic, the person had died and they did not want to pay to fly it.”

Check out the rest of the responses here.