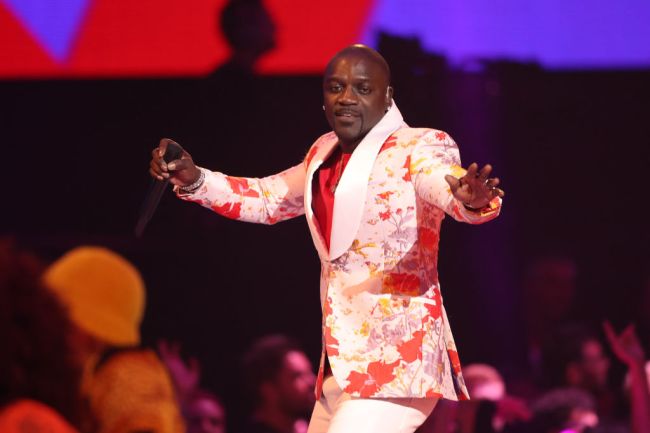 You hear the clank of a prison cell door slam shut. Then you are enveloped by the smooth as glass, slightly nasally vocals, which declare: “Konvict… music… and you know we a front.” Then your ears are treated to the sweet saccharine sounds of Akon singing. Akon, the music machine that was a hit song factory in the 2000s, has a new passion project – transform a Senegalese farming village into a futuristic city that will attract visitors from all around the world. So what are you doing as your side hustle?

The R&B singer officially unveiled his vision for Akon City, a development project that aims to create a “real-life Wakanda” from the comic book movie Black Panther in his native Senegal. Akon proudly announced that the African metropolis of the future that will feature twisting, shining skyscrapers in the coastal village of Mbodiene.

“I want the buildings to look like real African sculptures that they make in the villages,” Akon said of the design of the buildings at a press conference on Monday in Senegal’s capital of Dakar.

The solar-powered Akon City is expected to have an eco-friendly seaside resort, shopping malls, a technology hub, recording studios, and a film industry area called “Senewood” that aims to become a Sengelase version of Hollywood. An Akon City hotel plans to decorate rooms that are inspired by the 54 nations of Africa. There are future plans to create artificial islands and a marina that can accommodate cruise ships.

The utopian city will also have luxury condos, hospitals, a police station, and a university. Akon expects the city to have its own cryptocurrency, which is of course called “AKoin.” Akon introduced the digital Akoin currency in 2018.

The extremely ambitious project that has an expected cost of $6 billion is funded by unnamed investors, who have not been named publicly because they signed non-disclosure agreements. Only one-third of the $6 billion needed to complete the city has been raised thus far. The project is backed by the Senegalese government, which provided Akon with the 2,000-acre parcel of land.

Akon said that construction would start in early 2021, and it could take up to three years to complete phase one. Akon, who is one of the best-selling R&B/hip-hop hybrid artists of all-time, first announced the project in 2018.

Akon, whose real name is Aliaune Thiam, said the city would provide much-needed jobs and wealth for the Senegalese people. Only 44% of rural households had access to electricity in 2018, according to The World Bank.

“COVID-19 has sown doubt everywhere,” said Senegal’s Tourism Minister Alioune Sarr. “This means that those who had doubts about the attractiveness of Senegal, and Africa in general must convince themselves that there are men and women who believe in Africa.”

The singer also said that Akon City would offer a “home back home” for Black Americans and others facing racial injustices.

“The system back home treats them unfairly in so many different ways that you can never imagine,” Akon said. “And they only go through it because they feel that there is no other way.”

“So if you’re coming from America or Europe or elsewhere in the diaspora and you feel that you want to visit Africa, we want Senegal to be your first stop,” the recording artist said.

There were some criticisms of Akon’s proposed city. Senegalese architect Nzinga Mboup noted that the construction firm building the project is based in the United States, and that the architect behind the initial renderings is from Abu Dhabi.

“These shapes could be anywhere: Phoenix, Dubai,” Mboup told The Associated Press. “Why can’t we define our own modernity?”

Others questioned building skyscrapers out of steel, concrete, glass, and copper, that feature large windows in such a hot climate.

“People are going to have to have the air conditioning on all day long,” Senegal architect Mamy Tall told The Washington Post. “The images he is publishing — there is no consideration for anything related to Senegal, to our climate, to our materials, to our needs. I really hope it’s a big joke.”