Could We See An Alcohol Ban To Combat Current Health Crisis? 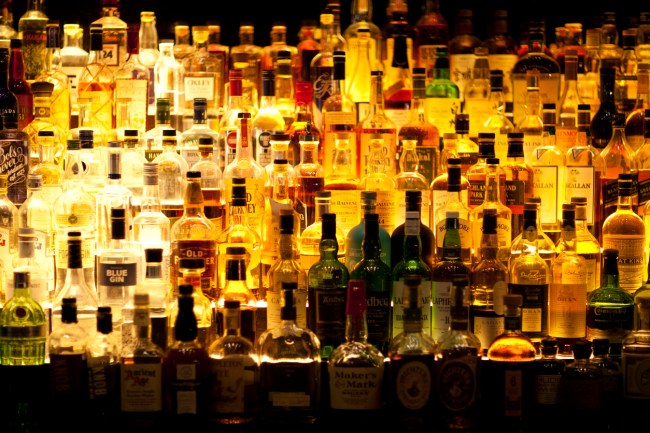 “The only thing that could make this dang situation any worse is if they up and closed down the liquor stores.” – Every American

Americans came riding into 2020 full of hopes and dreams, only to have them crushed in a matter of months by some aggressive, lung-thirsty bug with a savage vendetta against life. The entire population is now sitting around the house, unemployed and searching for hope at the bottom of their favorite bottle of hooch. It’s not a bad life, really, especially considering that we’ve all spent years secretly hoping for tragic circumstances that might get us some time off work. What can we say? It’s not that we’re sadists, we’re just fucking tired. Nevertheless, the new normal for the nation is everyday day drinking all day long. Just take a peek at your social media feed and you will see that, clearly, the country is on its way to becoming the Alcoholic States of America.

This enthusiastic land of lushes has health officials a little freaked out. They are worried that while we are all out here getting hammered to combat the insanity that comes from being on lockdown, we might actually be driving humanity to the edge of extinction. The World Health Organization (WHO) issued a statement recently, warning that the consumption of alcoholic beverages could make people more susceptible to illness. Alcohol “compromises the body’s immune system and increases the risk of adverse health outcomes,” the agency said. “Therefore, people should minimize their alcohol consumption at any time, and particularly” right now.

The agency took its guidance a step further by suggesting that governments consider imposing restrictions on booze sales to prevent the current apocalyptic madness from spiraling even further out of control.

“Existing rules and regulations to protect health and reduce harm caused by alcohol, such as restricting access, should be upheld and even reinforced during” this time. That’s right, man, the white coats at WHO think the world should go on the wagon until science can get this varmint under control.

Fortunately, liquor stores have been deemed “essential businesses” and have been left open in most of the United States. Sure, some jurisdictions initially tried to pull the plug on these retailers, for whatever reason, but that didn’t exactly work out. Drinkers are going to find a way to drink! Pennsylvania boozehounds, for example, just ended up traveling across state lines to get their hands on it. So many of them, in fact, that liquor stores in some bordering states (Ohio and West Virginia) were forced to stop selling it to anyone who came in flashing an ID from Keystone country. Since then, the Pennsylvania Liquor Control Board has re-opened its online liquor sales, but it’s a shoddy system that has left most drinkers to suffer from a bad case of sobriety.

Still, even in states where liquor stores have been left to conduct business as usual, we’ve seen a gradual decline in the way these businesses have been allowed to operate. It all started off with a little social distancing – customers just had to stand at least six feet apart when waiting in line. All of a sudden, Boom! Now, liquor stores have been closed to foot traffic, forcing customers to call ahead for curbside service or have it delivered. And everyone seems to be enjoying this new setup for the most part – even the liquor slingers. “Are you kidding me? We don’t have to deal with customers coming into the store, and I just ride around all day listening to music and making deliveries. It’s the best,” my fearless booze delivery driver told me last week.

Still, what is to come? Is it possible that once states catch wind of WHO’s anti-alcohol gobbledygook, they may actually impose additional restrictions on booze sales – perhaps eliminating them altogether — leaving a borderline alcoholic nation trapped indoors with the shakes?

Well, while it is possible we could see the coming of more restrictions related to the sale of alcohol, it isn’t likely there will ever come a day when Uncle Sam (or any state) bans it entirely. Not again. Not even during times like these when the health of the American people is at stake. Why?

For starters, the alcohol industry is one of the few business sectors right now that is keeping a dying economy from flatlining. We’ve seen a 75 percent increase in booze sales over the past month, as Americans stockpile beer, wine and liquor to keep all of their lockdown shenanigans adequately greased. But long before the country was ever hunkered down in isolation to stop the spread of some vile affliction, alcohol was keeping the national economy in tip-top shape. Just check your history books, fellas: Ending alcohol prohibition was how the country recovered from the Great Depression. These days, this business sector is responsible for employing 4 million workers nationwide and generating a whopping $70 billion in annual tax revenue. To place prohibition-esque restrictions on liquor sales at this point would be suicide for what’s left of the economy.

So, while we certainly appreciate WHO’s concern for our well-being, the agency can kindly go fuck itself. Meanwhile, we should all drink to our health and perhaps even do a little dance to the Gods of Buzzes and Calloused Livers that we have the strength to emerge from this Trumpression mostly unscathed. From the way it’s looking, we are going to need all the help we can get.