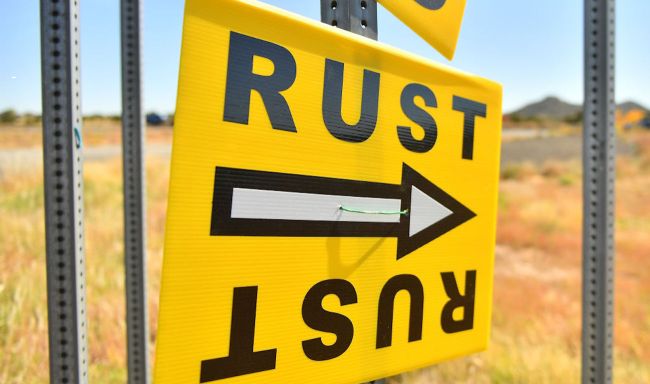 Alec Baldwin has reposted a Facebook post from a Rust crew member that says the claims and reports of the film’s production being “unsafe” are “bulls–t”.

On Tuesday, Baldwin shared a lengthy statement from Rust costume designer Terese Magpale Davis’ on his Instagram account. The statement, which was originally posted to Davis’ Facebook page, said claims of “unsafe, chaotic conditions” on the set of Rust are bullsh*t.”

Attacking the camera crew members who resigned over safety and financial issues mere hours before the supposed “cold gun” shot Hutchins and Souza as “not heroes” and “jerks,” Davis lathers up Rust’s producers as “some of the most approachable and warm I have ever worked with.”

As the police probe continues with three search warrants already executed and the local District Attorney exclaiming that “no one has been ruled out,” the Rust producers shuttered the film October 26 and hired a high-profile law firm. [via Deadline]

Baldwin posted the statement in seven separate Instagram posts — you can find the first of them below and the rest on his Instagram page.

While no charges have been filed, First Assistant Director David Halls and armorer Hannah Gutierrez-Reed have been at the center of the tragedy, with Halls being the one who handed Baldwin the loaded firearm and told him it was a “cold gun.”