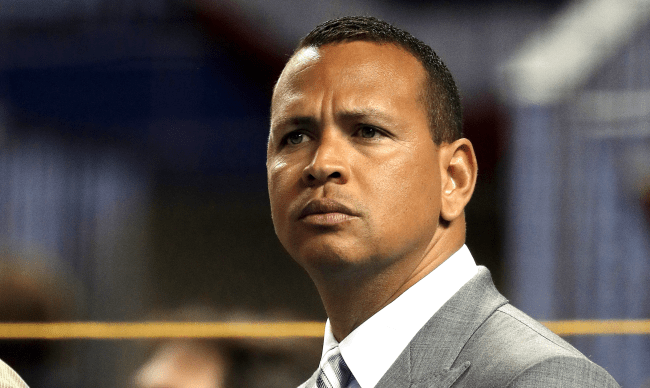 Alex Rodriguez, who recently said, “new levels are unlocking for me mentally, physically, and spiritually,” after going out to dinner with a young blonde, now blames his teenage daughters Natasha and Ella for slipping into married Australian TV show host Belinda Russell’s Instagram DMs with a flirty message.

According to E! News, a rep for Rodriguez told them he’s not the one who reached out to Russell, but his daughters used his Instagram account to send her the message “great feed!”

At this time, it’s unclear why his children used his account to contact the Australian host. Back in 2019, Alex confirmed Natasha and Elle have their own Instagram accounts, which he follows with his “dad burner account.”

Meanwhile, Russell was back on the air recently talking about Rodriguez thanks to comedian David Spade after he messaged the Today Extra host.

“So yesterday we put it all to bed to bed when another grown man, who is a celebrity, has given us the perfect punchline,” said Russell’s co-host, David Campbell.

“The King of Comedy, David Spade, has delivered us the perfect punchline for history to be over,” said Russell, who then revealed a screenshot of Spade’s message.

In other A-Rod news, Southern Charm star Madison LeCroy, who, according to one of her co-stars, Rodriguez allegedly FaceTimed after he was already engaged to Jennifer Lopez, reportedly ignored Alex’s attempts to reconnect following his breakup with JLo.

Since his recent breakup from the dancer and singer, a source revealed to The Sun that “Alex has reached out to Madison.”

However, the insider insisted Madison has ”always rolled her eyes and ignored him.”

“She’s completely over it,” the informant added.

The source claimed Alex “most recently wanted to hang out at the PGA Championship in South Carolina last week” because “he knew she’d be there and he had friends there so it was a good excuse to be in the same place.”

As if that wasn’t rough enough for A-Rod, now his purchase of the NBA’s Minnesota Timberwolves (something Lopez reportedly did NOT want to happen) is facing uncertainty as one of the team’s minority owners and second largest shareholder has filed a lawsuit over the sale.

At least he has his new makeup line for men to keep him happy.