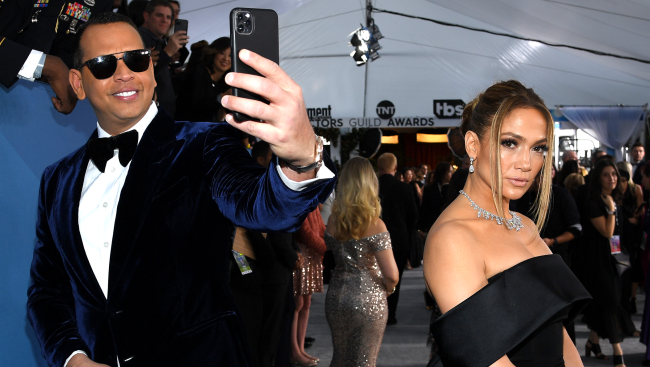 Alex Rodriguez is having himself a terrible, horrible, no good, very bad week. Not only does it appear that he is super depressed over his breakup with Jennifer Lopez, he also reportedly hasn’t gotten the $1.8 million engagement ring he gave her back.

Oh, wait. That deal reportedly helped put the final nail in the coffin that was his relationship with JLo? Huh. So even that silver lining is a little bit tarnished.

According to the Page Six, buying the New York Mets with Lopez would have been cool, but owning sports teams in Minnesota? JLo noped right TF out of that.

“It was clear they had split when she wasn’t in the Timberwolves deal like she was in the Mets bid — maybe she didn’t want to move to Minnesota,” a source close to Rodriguez told us, noting the pair’s failed 2020 bid to purchase the New York Mets against rival bidder Steve Cohen.

As a Timberwolves co-owner, Rodriguez will be expected to spend a lot of time in Minneapolis with the team, far from Lopez’s orbit.

Radar also reports that despite claims, following reports that they had broken up, Rodriguez and Lopez were “working through some things,” they really weren’t.

Sources say the pop diva was actually done with the ex-Yankee after his alleged wandering eye made headlines in March. Despite claiming they were still together and “working on things,” insiders allege that isn’t true at all.

In fact, a source with knowledge about the split claims J Lo was “so embarrassed” after the cheating scandal with Southern Charm’s Madison LeCroy that she refused to let that be their breakup narrative.

The Love Don’t Cost a Thing singer reportedly decided the two would play nice and wait until the cheating smoke blew over before revealing their split.

Wait. So that whole PDA scene down in the Dominican Republic was staged?

Jennifer Lopez and Alex Rodriguez put split rumors to bed with a kiss in the Dominican Republic https://t.co/URKjFroklI

“The Madison LeCroy scandal was the reason they finally broke up. There were already problems, but Jennifer was really embarrassed by it,” a source told Page Six.

Speaking of Madison LeCroy, she tells Page Six, “I wish them the best.”

How nice of her.