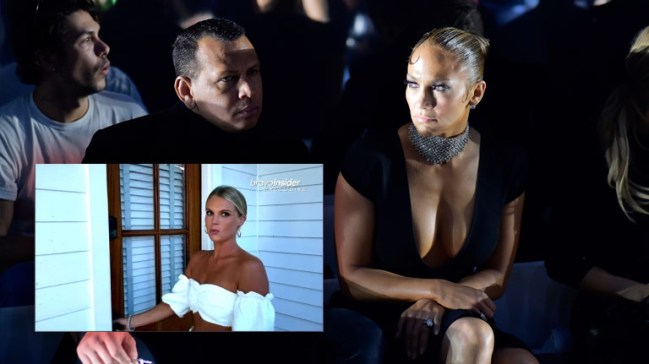 Hard to believe, but until January 25, 2021 I had no idea who Madison LeCroy is, let alone the fact that there is a TV show called Southern Charm on which she appears as one of the stars.

Which is a shame, because since January 25, 2021 I have learned that LeCroy is apparently a magnet for former athletes, like former NFL quarterback Jay Cutler, who were already taken at the time of her encounters with them.

For you see, another one of the stars of Southern Charm, Danni Baird, who is tight with LeCroy, revealed on the Reality Life with Kate Casey podcast that LeCroy informed her that she and Major League Baseball’s Forrest Gump, Alex Rodriguez, had been FaceTiming.

Why yes, he is, and was, engaged to Jennifer Lopez when the FaceTiming allegedly took place.

The reason the subject of Rodriguez and LeCroy came up is because during a reunion special last week host Andy Cohen brought it up.

“I should say, a very famous, married ex-MLB player,” said Cohen about who LeCroy was allegedly getting friendly with while still in a relationship with fellow cast member Austen Kroll.

Of course, Rodriguez isn’t married, though he should have been. His wedding to Lopez has been postponed – twice. I wonder why?

LeCroy did admit to communicating with this mystery former baseball player, but denied that she “flew to Miami” to meet up with him.

“He contacted me, and yes, we DMed, but other than that there was nothing,” she told Cohen.

Cast member Craig Conover then called her a liar and claimed she and the player were “jerking off … on FaceTime all the time.”

Interestingly, it wasn’t so long ago that Rodriguez’s arch-nemesis Jose Canseco accused him of cheating on Lopez with his ex-wife Jessica.

Watching World of Dance watching J.Lo text Alex Rodriguez little does she know that he is cheating on her with my ex-wife Jessica poor girl she has no idea who he really is

Then, while that drama was taking place, an ex-Playboy Playmate named Zoe Gregory claimed that Rodriguez had been sexting her just weeks before he proposed to Lopez.

Gregory claimed that Rodriguez had asked her for names of “fun girls for [him and me]” and even sent her a photo of his A-Rod.

“J.Lo needs to wake up. I feel bad for her and I don’t think it’s right,” said Gregory.