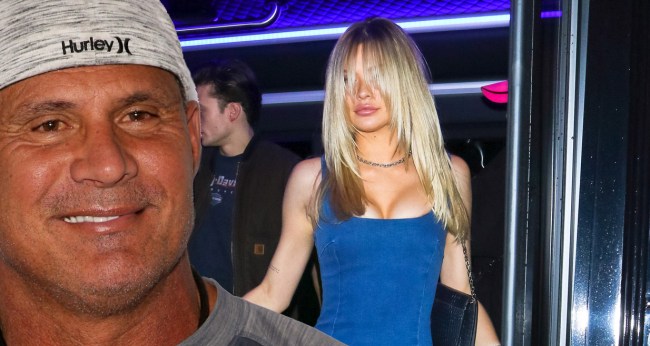 “I will fight anyone of the Logan Brothers they have enough for anyone with any type of talent yet or fighting skills,” Jose tweeted.

Logan saw Jose’s tweet and completely disrespected him and his daughter Josie.

Ever since then, Jose, 56, has been going hard after the 25-year-old Logan on social media.

Not even Logan’s dad has been off limits.

Let your prepubescent loving father speak for himself https://t.co/h2Gmz7XWwb pic.twitter.com/MmQ4aAzyBf

I’d take you down quicker

you’re still afraid of me

Apparently, this, of all things, has been the final straw for Josie as she went off on her dad during her appearance on Charlotte D’Alessio’s Between Good and Evil podcast.

Related: Jose Canseco Needs To Know If Bigfoot Or Aliens Can Catch Coronavirus, As He’s Recently Been In Contact With Them

“My dad’s been going on a f—ing rampage on Twitter calling out Logan, calling out Jake, just being so selfishly embarrassing,” said Josie.

“Normally if a dad wanted to start a ‘fake Twitter beef’ or whatever, he’d be like, ‘Hey, do you mind if I call out your boyfriend and call him weak and this and that for attention?’ I have no idea [if he’s joking]. He’s blocked right now, to be completely honest. We haven’t spoken.”

That’s right, this is what it took for her to block him.

Related: Jose Canseco Writes Series Of Tweets About How He Is Going To Teach ‘Dream Control Seminars’ And People Had Questions

“When it comes back to character and integrity, I don’t f–k with those selfish moves. He’s just embarrassing. ‘What are you doing, father? Dad, help. Explain to me, please. Why are you being this way?’ I went off. I ripped him a new a–hole. He’s like, ‘I’m a grown man, you won’t tell me what I can and cannot say.”

So I take it that means she won’t be in attendance when her dad fights a Barstool Sports intern this week?

Listen to her entire interview below…