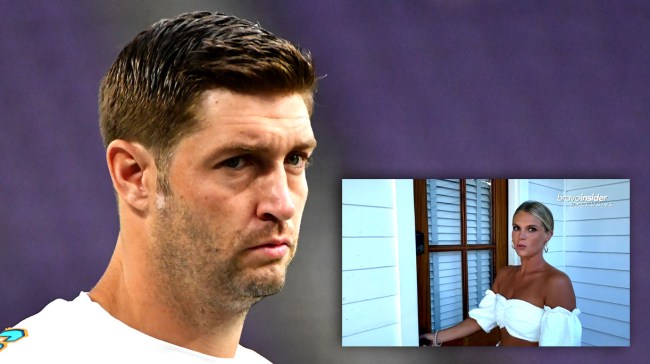 The last time we checked on Jay Cutler he was going full savage, spending a holiday weekend chilling with Shannon Ford, a woman his ex-wife Krstin Cavallari had fired.

Welp, Smokin’ Jay is back in the news again as a couple of days ago he appeared in a photo with his ex Cavallari on Instagram with the caption, “The world is full of users. 10 years. Can’t break that.”

Many took that to mean that Cutty and Kristin are getting back together. But not everyone.

LeCroy apparently was feeling some kind of way about the new photo of Jay and Kristin (many fans believed it to be a not-so-subtle message to LeCroy) and decided to spill some tea – something she wouldn’t do when previously asked – and dropping “some receipts” as she put it in an Instagram story.

What followed were a series of screenshots of texts allegedly between herself and Cutler, shown, one has to assume, to prove that she wasn’t one of the “users” Cutler and Cavallari alluded to with their photo.

In fact, based on the alleged texts, it was Cutty who was doing the pursuing of LeCroy, even saying he was booking a flight to visit LeCroy, who lives in Charleston, S.C. 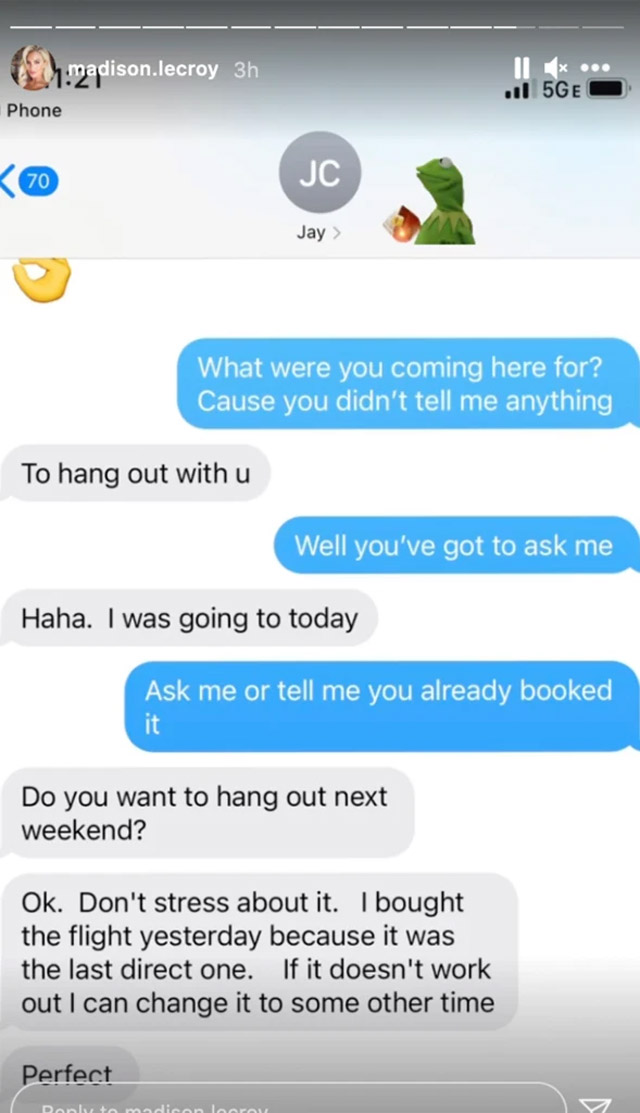 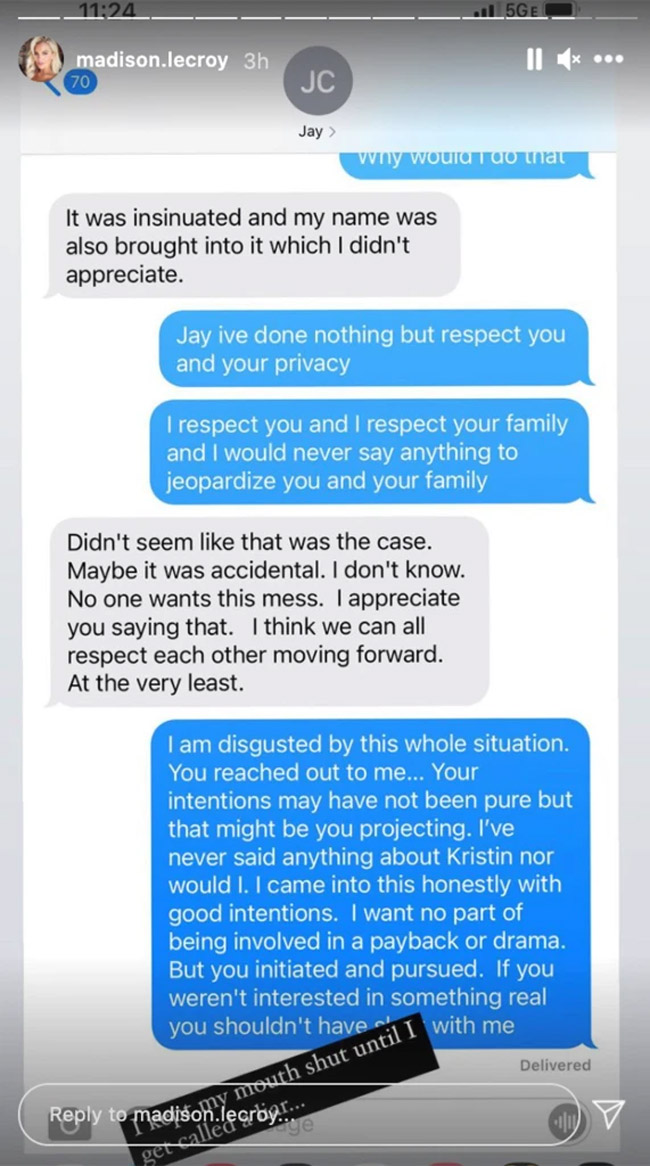 LeCroy also posted a photo of herself with Cutler with the caption, “Too bad it didn’t work out.”

Neither Cutler nor Cavallari have responded to LeCroy’s call out.

Meanwhile, LeCroy is now spending her time on vacation somewhere, posting photos to Instagram with captions like, “Blocking more than the 🌞” and “Unbothered.”

As I have said repeatedly ever since Cutler first appeared on Very Cavallari, someone really needs to get this guy his own show.