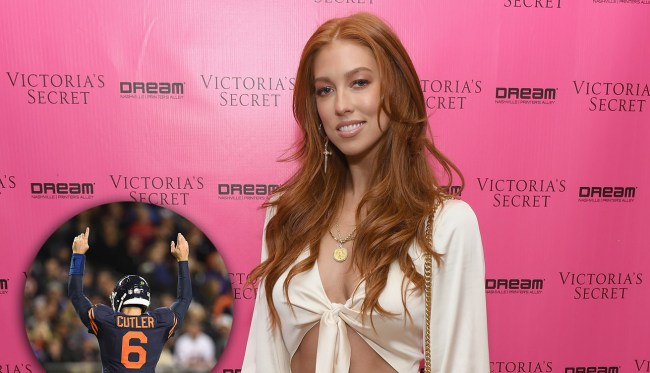 So how was your holiday weekend? I bet it wasn’t as good as Jay Cutler’s was. Cutty spent his Thanksgiving weekend hanging out with Shannon Ford, a woman who his ex-wife fired on her reality show Very Cavallari.

Cutler shared an Instagram video of himself sipping wine at 167 Raw in Charleston with Ford and Mark Block (whoever he is, he might be Jay’s agent, who knows, doesn’t matter), with the caption, “Oysters and wine.”

For the unfamiliar, Ford appeared in the first two seasons of Very Cavallari as an employee at Cutler’s ex-wife Kristin Cavallari’s Uncommon James company until she was fired, right there on the show.

The internet immediately reacted as one would expect seeing Ford and Cutler together, insinuating that Smokin’ Jay was throwing some very serious shade his ex-wife’s way with the post.

Much of that speculation has to do with the fact that, also over the holiday weekend, Kristin played a wine-fueled session of “F**k, Marry, Kill” involving Brody Jenner, Justin Bobby, and Stephen Colletti – the latter who she called “the best kisser.”

Check out some of the comments…

“That is some shade to Kristin hahaha!”

“The girl Kristin fired and the husband Kristin divorced 😂.”

“You should have your own television show. You were the star of very Cavallari! Watched the show to watch your expressions!”

That’s what I have been saying! Just imagine the GIFs!