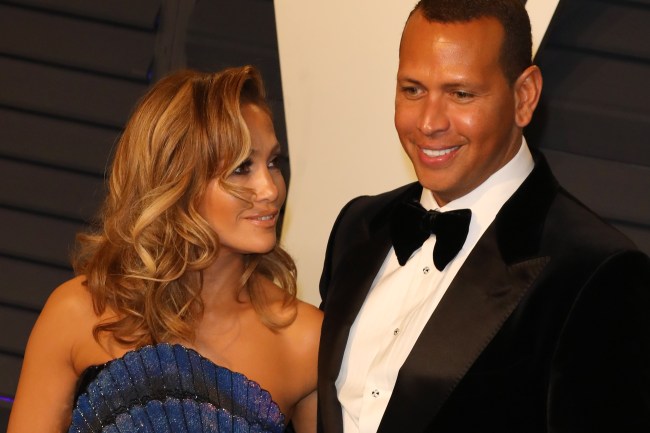 Model Zoe Gregory, 44, claims Rodriguez began texting her the day after Christmas and asked her for names of “fun girls for [him and me].”

Angel of the day is Zoë Gregory, playboy model and our Miss August for 2013 Calendar! Lots of💋💋 to Zoë! @Zostarz pic.twitter.com/VfnmXxD6

The London model and fitness trainer also claimed the former Yankees slugger sent her a photo of his hog and his “muscly thigh.”

She claims the texts fizzled out after a few weeks, but also warned J-Lo of who she’s with: “J-Lo needs to wake up. I feel bad for her and I don’t think it’s right.”

While it’s totally possible that Zoe Gregory may just be looking to profit off conjuring up a story that doesn’t take a lot of imagination, lest we not forget that A-Rod’s last marriage with Cynthia Scurtis ended amidst rumors that he cheated.