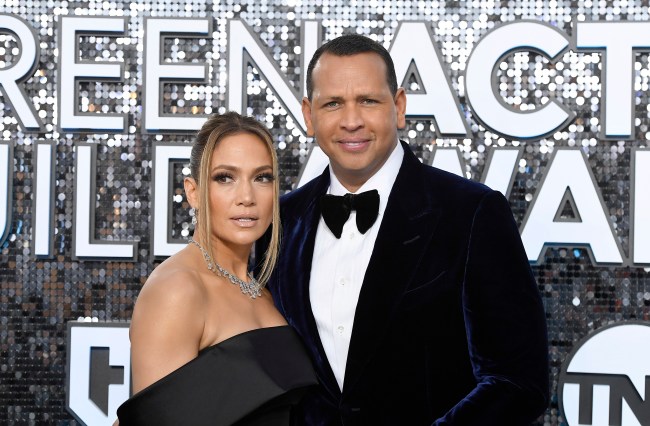 On Thursday afternoon, it was announced that JLo and A-Rod were ending their two-year engagement in a joint statement released to the media.

We have realized we are better as friends and look forward to remaining so. We will continue to work together and support each other on our shared businesses and projects. We wish the best for each other and one another’s children. Out of respect for them, the only other comment we have to say is thank you to everyone who has sent kind words and support.

Despite the fact that the break up had been rumored for months after A-Rod was involved in a sexting scandal with reality TV Madison Lecroy it’s currently unclear if JLo is going to give him back the $1.8 million engagement ring he gifted her.

JLo and A-Rod may have broken up, but there are still some housekeeping matters to tend to …. notably, who gets the $1.8 million engagement ring?

Sources with direct knowledge tell TMZ … J Lo still has the ring in her possession. As you may know, an engagement ring legally is a “gift in contemplation of marriage.” When the couple breaks up before hitting the alter, in most states the person who proposes gets the ring back.

Our sources say there’s been no discussion between J Lo and A-Rod over the fate of the ring. However, our sources are quick to add … the former couple exchanged “massive amounts of jewelry.” A-Rod bedazzled J Lo with all sorts of bling, and she fortified his massive watch collection. So, they could just call it a wash, but they haven’t decided yet

As for Alex, he’s pretty down bad at the moment playing depressing Coldplay songs on Instagram but we shouldn’t feel too bad for him considering he just bought an NBA team less than a week ago.