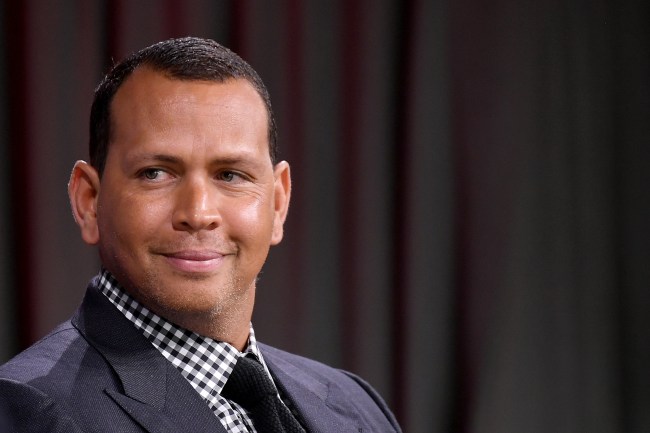 Former All-Star Alex Rodriguez was one of the leaders in the clubhouse when it came to purchasing the New York Mets, with A-Rod and his wife, Jennifer Lopez, believed to be serious contenders to buy New York’s “other” MLB team. While a decision has yet to be made on the final purchaser, Rodriguez and J-Lo’s collective group did put in a massive bid — believed to be around $2.3 billion — hoping it was enough to acquire the franchise.

However, according to the New York Post, Rodriguez backed out earlier this week after allegedly being livid that his offer for the Mets was reportedly leaked and presented to another potential buyer, Steven Cohen, who’s believed to have made an offer worth $50 million more than Alex Rodriguez’s and J-Lo’s group did, with the former ballplayer griping that the process was rigged, per sources. Giving other offers such exclusivity apparently pissed off Rodriguez, and with good reason.

“If you’re the Mets, you don’t want to grant an exclusive because it can have an impact on the other bidders,” Samson said. “Much like happened this weekend. When ARod found out that Steve Cohen had the exclusive, ARod backed out. Another bidder, Josh Harris and David Blitzer, they combined to form a team and they gave up.

“The other bidders dropped out once the exclusivity happened, which is what Steve Cohen wanted to have happened because he wanted to buy the Mets. What’s not being reported and what is critical is that’s it hasn’t been giving a time period.”

With reports floating around that this exclusivity may have, in fact, occurred — pushing out the Alex Rodriguez-J-Lo group offer — one person close to the negotiations did mention that, while rare, these types of things do happen. After all, it’s the sellers’ purpose to get the highest amount.

“It’s not normal, but things like this do happen,” said Steven Smith, a managing partner at law firm Bryan Cave Leighton Paisner who specializes in sports transactions. “In the end, the sellers’ goal is to get the highest price for the team.”

That might be the case, but reports claim A-Rod’s group would’ve surely come in with a higher bid had they needed to, but weren’t given the opportunity, with Rodriguez feeling like the whole thing was rigged against him.

A-Rod’s camp contends the 14-time All-Star would have considered raising his offer if he had been given the chance. A bidding war, sources contend, might have resulted in an extra $100 million for the New York team.

But the Mets never went back to see if A-Rod wanted to match or better Cohen’s offer, sources said. Rodriguez has been trying to reach Mets’ owner Fred Wilpon since Friday but can’t get him on the phone, they added.

“It was fixed,” a second source close to the A-Rod camp said.

Who knows if Alex Rodriguez, Jennifer Lopez and the rest of their ownership group were ever considered serious buyers from the beginning? While the $2.3 billion offer sure seemed to have made them legit, in the end, it doesn’t sound like they’ll get the Mets’ ownership; which, if the sale was rigged, sort of seems like karma against A-Rod for all those years he cheated the entire game of baseball by juicing. Just sayin’…