Jennifer Lopez, Alex Rodriguez Are Back In The Hunt To Buy The Mets! 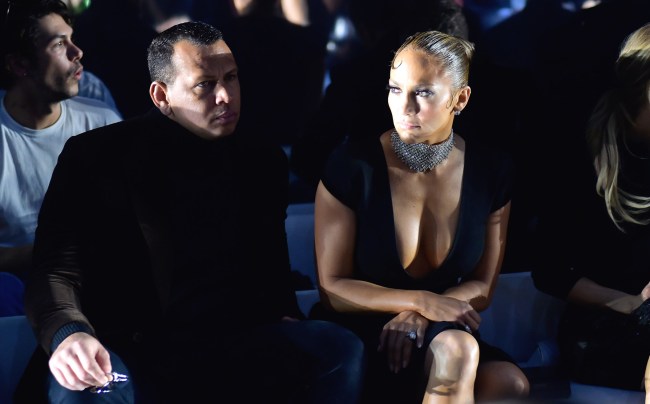 First off, before we get to the story, how perfectly Alex Rodriguez is that photo right there? I could totally see A-Rod hanging on the ceiling above the bed in his and JLo’s love nest. *shudder*

Obviously, it doesn’t hold a candle to these…

Here are some pictures of Alex Rodriguez looking at himself in the mirror pic.twitter.com/NP1zQjqslF

But it’s still very on brand for the future Hall of Famer Major League Baseball analyst.

Sorry, got sidetracked there a little bit. Back to the point. Presidential advisors Jennifer Lopez and Alex Rodriguez are reportedly back in the hunt to purchase the New York Mets from the Wilpon family.

The Galatioto Sports Partners investment bank is working with two investors who are considering investing up to a combined $250 million with A-Rod and J.Lo for their Mets bid, a source close to the situation said.

The firm president, Sal Galatioto, declined comment and the investors are unknown.

Sources close to J-Rod confirmed to The Post that the deal with Galatioto Sports Partners is in the works. It is also clear that the power couple has stepped up their pursuit of new financial backing as the Wilpons grow more desperate and a bid from Harris and David Blitzer looks more likely.

J-Rod… has it really come to that with these two?

Rodriguez and Lopez have also been working with JP Morgan Chase in their effort to buy the Mets and the sale could include cable network SNY.

They had better hurry though. The Post also reports that “a mystery bidder that is reportedly gaining steam.” Wonder who that could be? (Please let it be Jose Canseco.)

Reports have said that one of the interested parties is the Kraft family, so that too would be very interesting.

Until any decision on a sale (or whether there will actually be a MLB season in 2020) is officially made we’ll always have A-Rod’s glorious Instagram filled with totally casual, not at all staged photos to keep us busy.