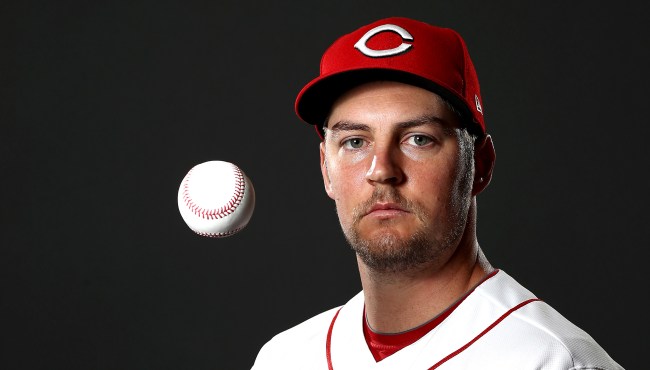 A week after saying he was ‘100%’ certain the 2020 Major League Baseball season was going to happen, MLB commissioner Rob Manfred announced on Monday that he is no longer confident that a season will take place, cementing his status as hands down the worst commissioner of all the major sports leagues.

“It’s just a disaster for our game, absolutely no question about it,” Manfred tried explaining to ESPN’s Mike Greenberg. “It shouldn’t be happening, and it’s important that we find a way to get past it and get the game back on the field for the benefit of our fans.”

Rob Manfred did go forward with his interview with Mike Greenberg on ESPN’s The Return of Sports special. Said optics are “just a disaster for our game”. pic.twitter.com/2dBm74eOsk

“I had been hopeful that once we got to common ground on the idea that we were gonna pay the players’ full prorated salary, that we would get some cooperation in terms of proceeding under the agreement that we negotiated with the MLBPA on March 26,” Manfred added. “Unfortunately, over the weekend, while Tony Clark was declaring his desire to get back to work, the union’s top lawyer was out telling reporters, players and eventually getting back to owners that as soon as we issued a schedule — as they requested — they intended to file a grievance claiming they were entitled to an additional billion dollars. Obviously, that sort of bad faith tactic makes it extremely difficult to move forward in these circumstances.”

Soooo, according to Manfred, the players are using “bad faith tactics” to negotiate?

Funny, that’s not how the players, especially the most outspoken of the group, Trevor Bauer and Max Scherzer see things.

Taking to Twitter, Bauer once again superbly broke down exactly what is happening and how Manfred and the MLB owners are trying to spin things to make the players out to be the bad guys.

“So, Rob, explain to us how you can be 100% sure that there’s going to be baseball but not confident there will be baseball at the same time? Hmmm,” Bauer wrote. “What changed between those statements 🤔🤔.

“Players told you to set the season, but it’s too early to set the season right now, isn’t it Rob? Because then you’d have to explain why you’re only going to impose 50 games when we could easily play 70+ right now.

“The tactic is to bluff with “no season” again and delay another 2-3 weeks until you clear the risk of ‘not negotiating in good faith by trying to play as many games as possible.’ The public backlash combined with potential of having to explain yourself in front of an arbitrator isn’t too appealing, is it?

“Let’s see…the way I have it figured you want to play between 50 and 60 games. Can’t make it 50 cuz that would be too obvious to everyone what you were trying to do. And no one would think that was a ‘representative season’ so you’d risk not getting your precious playoff money. Nope, can’t have that.”

“So gotta make it more than that. But not too many…you’ve gone as high as about 55 games full prorated salary, so you’ll probably settle somewhere around there, potentially a couple games higher than that to throw people off the scent, isn’t that right, Rob? So in that scenario, let’s see, Sept. 27 end date to protect playoff TV schedules, 60 ish games, going to have to be at least 4 off days in there…so that’s 64 days. Plus about 20 for spring training…84 days. Sept. 27-84 days is July 5. Plus about a week to get players to spring training. So tack on another 7, that takes us to June 28.

“As I have it figured, that’s your deadline. But today is June 15, so how do you delay another 13 days? 🤔🤔🤔 Guess we all got that answer today. Threaten to cancel the season. Threaten arbitration. Threaten grievances. All the while, hold the fans for ransom. Hold the future of the game for ransom.

“No one believes your bluff, bud. You’re holding a losing hand. Unfortunately, it’s a losing hand for everyone involved, not just you. There’s some saying out there about not killing the goose that lays the golden eggs. Check it out on the ole Google machine. It’s worth knowing.”

If you’re a baseball fan and really want to know what’s going on. Look no further 👇🏻 https://t.co/2EvsVs0aPP

Rob Manfred and the owners are walking back on their word…AGAIN. The fans do not deserve this. So I’ll say it one more time, tell us when and where.

Tell us when and where! We are ready!

Oh that’s weird cause a week ago you said there would be 100% chance of playing. Now the players tell you to implement the season you told/threatened us with it’s now our fault that there’s no dialogue? The players are ready and want to play. You made your bed now sleep in it Rob https://t.co/XLrMKHxsxG

Can we bring Bud Selig back?

Every day somehow continues to get worse. MLB should be embarrassed… everyone involved. Im embarrassed. This is a joke

For the first time in my life, I’m embarrassed to be a professional baseball player. And I’ve made 7 outs in 4 at bats in 1 game before. This is worse.

What percent chance is it right now? https://t.co/im1oWc4rXu

While others in the media explained just how much money MLB owners are still making.

At this point, I'll point to my own math that shows the average MLB owner (and all US billionaires) have gotten $715 million wealthier since the start of the pandemic. Pay your damn employees. All of them. 15/n https://t.co/WksbfWRRMX

My col: Don't let MLB owners cry poor. They can afford to do what's right for game. Value of the AVERAGE team has gone UP by >$1-BILLION in just the last SIX years! But MLB refuses to close a ~$25-milion-a-club gap to meet players at 81 g? That's a crime. https://t.co/yo1N8LAT2F

At this rate the NBA season will be starting before the MLB season and if this keeps up and MLB is going to need more than Sosa and McGwire to bring the fans back.