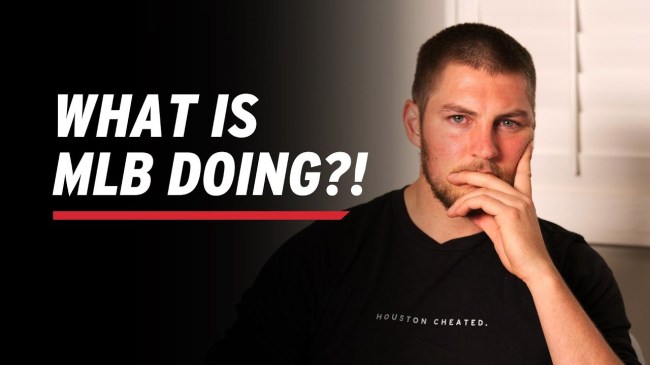 On Tuesday, Major League Baseball submitted a proposal to the MLB Players Association for how they would like to see players paid during the suggested 82 game season they hope to begin on Fourth of July weekend.

The compensation proposal, much like the return to play proposal that MLB submitted two weeks ago, was lambasted by players for being completely unreasonable.

“I have never seen a collective response like I’m seeing today from the players,” one MLB agent told Ken Rosenthal of The Athletic. “They are livid.”

Under the owners’ proposal, players like Mike Trout would earn 15.3% of his contracted salary, yet play in a little over 50% of his team’s games.

So, as they did with the previous proposal submitted to players by MLB owners, Cincinnati Reds pitcher Trevor Bauer and his agent Rachel Luba sat down and spent some serious time breaking down what the owners want versus what the players feel they deserve.

Bauer had previously already weighed in following the owners’ proposal by ripping into agent Scott Boras for he feels has been meddling in affairs that he has no business being involved in regarding the MLBPA.

Hearing a LOT of rumors about a certain player agent meddling in MLBPA affairs. If true — and at this point, these are only rumors — I have one thing to say… Scott Boras, rep your clients however you want to, but keep your damn personal agenda out of union business.

In the video, Bauer and Luba dig into the details of the proposal, but the key takeaway has to be what Bauer says after Luba explains how Mike Trout is going to be making less than 20% of his salary to play 50% of the games, “So there’s no way they [the owners] actually think this is gonna be accepted right?”

Luba adds that this latest proposal, after MLB saw how united players were against a 50-50 revenue split, is “clearly is meant to divide players,
because how could it not?”

“The longer it plays out, the more you have the young guys in the league… this is what their intent I believe, I believe what their intent is… that you have the younger guys in the league that are going to then be making not very much money looking up at the up the top guys and saying, ‘Now why is it that you get your money and and don’t want to play or whatever, but then I don’t get paid?’ and so it’s meant to fraction the player group because you have, you’re taking care of one side of it and then positioning those guys against the higher side of it. That’s that seems to be the intent,” said Bauer.

Bauer and Luba really do a deep dive into the situation after that, which you can watch and listen to in its entirety below.

Oh, and be sure to note what it written across the front of Bauer’s shirt.