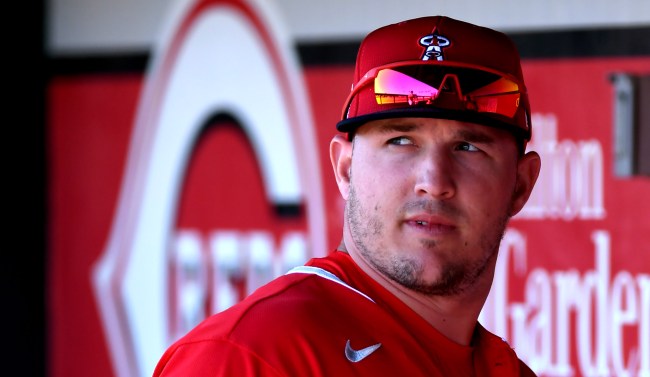 Two weeks ago, after seeing Cincinnati Reds pitcher Trevor Bauer create an hour-long video breaking down what he called the “laughable” return to play proposal MLB owners were suggesting, as well as Nationals closer Sean Doolittle’s negative reaction to it, I stated that if fans think Major League Baseball is a lock to have a season in 2020 they had better dim that beacon of hope a little bit.

The proposal would have MLB teams returning for games beginning on Fourth of July weekend – i.e. five and half weeks from now, but based on some recent reports, that seems incredibly optimistic.

“I have never seen a collective response like I’m seeing today from the players,” one MLB agent told Ken Rosenthal of The Athletic. “They are livid.”

“It’s such a shame there is so much distrust on both sides that we can’t be pragmatic adults,” said another. “There’s no way MLB would think that proposal would get a favorable response from the players. It’s ‘right back at you, screw you.’ And where are we? They’re playing a pretty dangerous game of chicken.”

What are the players so upset about? How about an 85% reduction in their salary to play a 82-game season? (That is 50.6% of the number of games they would normally play.)

Check this out. Earlier this year, the players agreed to basically a 50% paycut to play half a season. Under the owners’ proposal here’s what the players would be earning the amounts below…

Incredibly, well, not so much considering the source, MLB said in a statement on Tuesday, “We made a proposal to the union that is completely consistent with the economic realities facing our sport. We look forward to a responsive proposal from the union.”

This season is not looking promising. Keeping the mind and body ready regardless. Time to dive into some life-after-baseball projects. Hope everyone is staying safe and healthy. Brighter times remain ahead!

Alright… y’all want another video of my thoughts on this or would you rather I just “shut up and play baseball”??

“Here’s where I think MLB is screwing this up,” an agent told Rosenthal. “They are approaching this like a CBA negotiation. CBA negotiations usually happen in the offseason where players are disconnected, not paying attention and the deals are agreed upon before the season, so they don’t feel any financial impact unless they are a free agent the next year and get screwed.

“Since their whole paycheck is on the line and there’s nothing else going on in their lives, they’re completely invested, they’re getting educated and they’re following every step. It’s eye-opening for a lot of them. They’re seeing a greedy side of the owners and (commissioner Rob) Manfred that they have ignored in the past. This is gonna spill into the CBA negotiations for next year and the players are gonna take a stronger position.”

And don’t even get the players started on how minor leaguers are about to get shafted by billionaire MLB owners.

There will always be bigger battles than those on any athletic field, We were given freedom to fight for our right to not get taken advantage of by ANYONE. Open your eyes and see/read what’s happening, especially to the minor leaguers, we will stay united. #ThisIsBiggerThan$

Like I said, good luck on there actually being a 2020 Major League Baseball season.