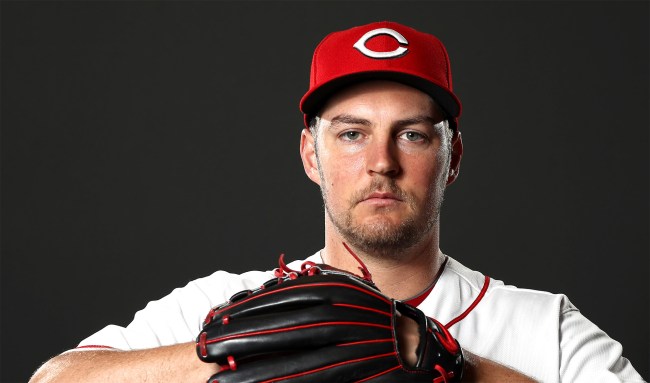 At that time I said that Doolittle is probably the most outspoken, and well spoken, player in Major League Baseball outside of Cincinnati Reds pitcher Trevor Bauer.

Well, guess what? Bauer too has thoughts on MLB’s proposal for return to play… and they’re not good… for MLB.

Bauer was joined by his agent, former boxer and UCLA gymnast turned lawyer, Rachel Luba on the latest episode of his YouTube show Business Casual and together they broke down and basically destroyed Major League Baseball’s plan.

This was no quick criticism either. Bauer and Luba spent over an hour going through MLB’s proposal and ended up calling it “laughable.”

“The ask is basically take more risk by getting back sooner and take less pay than we’ve already agreed to take under this proposal, 82 games, half, you know, 50 percent pay cut and now they’re asking us to take another pay cut…” Bauer said in the video.

“(A 50-50 revenue split) has never been done in baseball,” he later added. “It’s not collectively bargained. It would just be for this season. It doesn’t sit well with me. Slightly lighthearted, but if I’m gonna have to trust my salary to [MLB commissioner] Rob Manfred marketing the game to make more money for the game, I am out on that.”

Same song and dance from @mlb. Leak a story. Negotiate through the media. Make players out to be the bad guys. Players already agreed to a pay cut. We negotiated. WE HAVE AN AGREEMENT. Now they want to go back on it so they can make more money? GTFO. @AgentRachelLuba is spot on. pic.twitter.com/cHpmVTj6cu

Another interesting point they bring up is what happens if say a pitcher comes down with the coronavirus. He’s been sitting in the bullpen with most of the rest of that team’s pitching staff. Are ALL of those pitchers now going to be out for 14 days while they quarantine? How can a team expect to compete if that happens?

“It’s probably going to get kind of contentious and it’s gonna get a little bit nasty in the media,” Bauer said in closing. “And hopefully we can get it all worked out where both sides are treated fairly, everyone’s safe, fans can be entertained and watch their favorite sport again. Which is what we
all want, but fingers crossed on that one.”

So many questions that still need to be answered.

If you’ve got an hour or so to kill you can watch Bauer and Luba’s entire breakdown of MLB’s plan in the video below. It’s a very interesting watch.