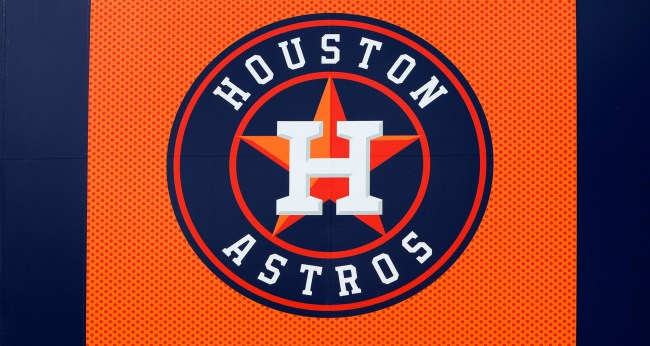 They may not be playing actual baseball games yet, but the ownership and front office of the Houston Astros has still been keeping busy… in court.

The Astros are now facing yet another legal battle as a sign-stealing lawsuit filed by fans was just expanded to include the fact that the team has not been refunding season ticket payments amid the current ongoing pandemic.

After laughably claiming the team expressed “sincere apologies and remorse” for sign stealing in court papers filed in one of the numerous lawsuits against them, and Astros owner Jim Crane’s incredible claim in legal documents that MLB “explicitly exonerated me,” now the ‘Stros are in the crosshairs of potentially thousands of fans, reports Daniel Kaplan of The Athletic.

And it’s quite the complaint…

The representative of the subclass is Donald R. Rao, a resident of Harris County, Texas who bought four 2020 season tickets for $12,533, according to the complaint. The Astros have already agreed to refund or credit payments for April and May, so the new claims are for the post-May payments.

“Yet, while Rome was burning, Defendants continued to debit Plaintiff Rao’s and 2020 Season Ticket Holder Subclass Members’ payment cards and bank accounts for season tickets, parking, promo packs, ticket printing services, and/or other goods and/or services purchased from the Astros,” according to the complaint. “Continuing to take money from Plaintiff Rao and 2020 Season Ticket Holder Subclass Members Defendants, in the wake of the pandemic and corresponding national economic crisis, is unlawful and frankly, downright immoral.

“The Astros do not seem to understand that there is a pandemic going on and folks are hurting financially. More important, in their public statements, Defendants intentionally failed and refused to address issuing credits or refunds for the amounts paid for season tickets … (for) home games to be played in Minute Park after May 31, 2020 — even with full knowledge that the Astros will not play a full slate of home games in 2020 in front of fans at Minute Maid Park — if any.”

Previous lawsuits had been already filed by fans against the New York Mets, the New York Yankees, and Major League Baseball for that same reason: not refunding ticket money.

Considering the facts that (a) Major League Baseball doesn’t have any idea if a season will even be held, (b) MLB currently has no idea when they will start the season, if it happens, (c) fans have no idea how many games will be played, and (d) no one has any idea at what point fans will actually be allowed into stadiums to watch games if and when they do begin to take place, one would think that the teams and/or Major League Baseball would be a little more accomodating.

All did, but only extended refunds and/or credits through the April and May payments. According to one ticket reseller, no team extended its refunds past May 31, and some, like the Mets and Yankees, only covered April. MLB has proposed a July restart, but the players thus far are balking over the compensation details.

Kaplan reports that shortly after the Yankees and MLB lawsuit was filed, the league told its teams to formulate refund policies. However, one ticket reseller states that none of the 30 teams’ refund policies extend past May 31, and some only covered April’s games.

Then again, this is Major League Baseball we’re talking about here so is anyone really surprised?