Houston Astros File 26-Page Response To The First Of 7 Lawsuits: ‘Rule Infractions Will Occur During The Games’ 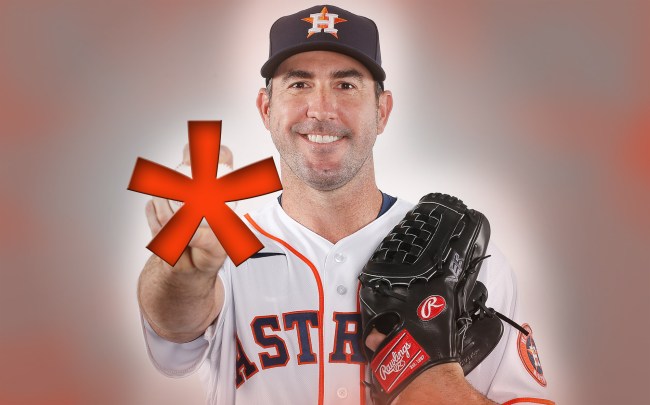 Houston Astros owner Jim Crane sent season-ticket holders a desperate-sounding apology letter over the weekend, vowing to “make Houston Proud again” after finally realizing that the team’s sign-stealing scandal is not going to “blow over” anytime in the near future, as he reportedly believed.

Guaranteeing the fact that the Astros’ cheating their way to the 2017 World Series title will not soon be forgotten are at least seven different lawsuits that have been filed against the team.

On Friday, the Astros filed their first legal response to one of the lawsuits, this one brought by daily fantasy sports players who claim the sign-stealing affected the outcomes of their DFS games.

And basically, the response from the Astros amounted to cheating is just to be expected.

“It is well established…that attendees or viewers at sporting events have no express or implied right to an event free of penalties, undisclosed injuries, rules violations, cheating, or similar conduct, and claims asserting such a right have been repeatedly dismissed,” the team’s legal brief read, reports Daniel Kaplan of The Athletic. “Even accepting the Complaint’s allegations as true, the alleged sign-stealing does not in itself render false any statement about the team’s strengths and successes.

“If there is any implied understanding of fans, it is that rule infractions will occur during the games.”

The Astros also claimed, as a part of their defense, that even though their players were cheating, they actually hit better on the road versus at home in Minute Maid Park during the 2017 season.

The postseason, however, is a whole different story.

Major League Baseball and the Boston Red Sox were also named in the lawsuit, and they too argued that, hey, cheating is just part of the game!

“Rules violations — large and small, intentional and unintentional, technical and game-changing — are a never-ending source of sports television, talk radio, web and elevator commentary by sports pundits and fans alike,” MLB wrote in their response. “And fans’ general awareness of the potential for infractions is underscored in this case by the fact that clubs were publicly disciplined for electronic sign-stealing violations during the 2017 regular season.”

The Astros, Red Sox and MLB all cited a lawsuit filed by a New York Jets fan against the New England Patriots in 2010 over “Spygate.”

Bob Hilliard, the attorney whose law firm is representing Astros season ticket holders, and already had one of the Astros’ pull his company’s seats for their games, commented, “So they are going to say, there’s no implied promise not to cheat. They say, ‘Yeah we cheated. So what?'”