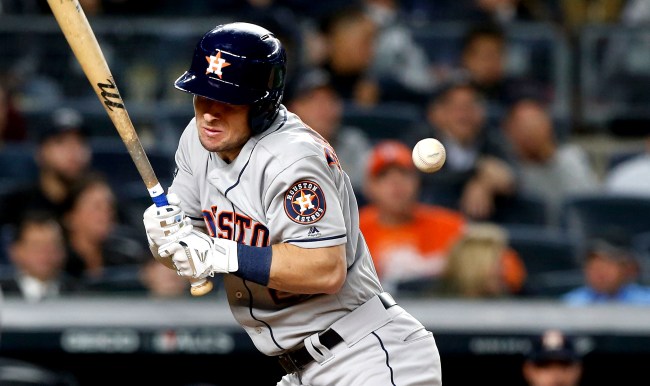 After all, he broke one of them in dramatic fashion after homering in Game 6 of the 2019 World Series when he carried his bat all the way down to first base with him.

Bregman’s favorite “unwritten rule” of baseball, however, is the one where pitchers police the game by plunking batters for doing, in his words, “stupid stuff.”

Looks like Bregman’s October 4, 2019 appearance on Pardon My Take is going to come back to haunt him in a big way this coming season.

“Have you had a moment where you knew going up to the plate that you were most likely going to get hit?” the host followed up.

“No, I haven’t in the big leagues,” Bregman replied.

Something tells me that is going to change in the very near future.

In fact, you can even bet on it, regardless of what MLB Commissioner Rob Manfred says.

Listen to Bregman’s entire segment on the show below…