Astros Player When Asked How Things Are Going In Their Clubhouse Right Now: ‘It’s A (Bleeping) Mess’ 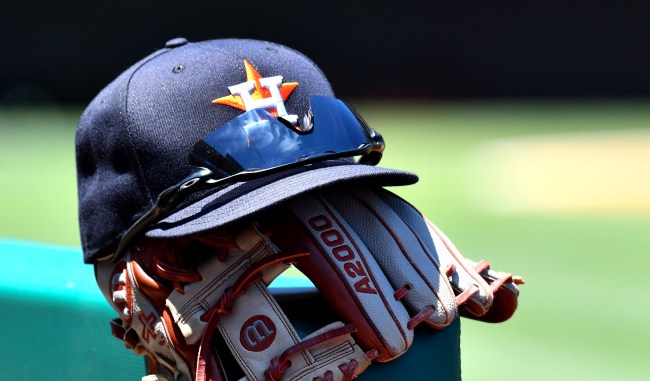 “I’m done talking about the offseason and what happened,” Houston Astros shortstop Carlos Correa told the assembled media on Monday.

“We’re ready to move forward,” Jose Altuve said when he spoke to reporters after not-so-subtly revealing his infamous tattoo.

“I think everyone who knows us knows who we really are and knows that we’re good people, and I think like we said the other day our team made some mistakes and it’s time to learn from them,” said Alex Bregman, who in October revealed he is all for pitchers plunking players who do “stupid stuff.”

Unfortunately for them, a large portion of MLB fans, as well as current and former players like Hank Aaron, Pete Rose, Trevor Bauer, Cody Bellinger, Mike Trout, Kris Bryant, Vlad Guerrero Jr., Whit Merrifield, Justin Turner, Yu Darvish, Mike Clevinger, Adam Jones, C.C. Sabathia, Aaron Judge, Nick Markakis, Ross Stripling, Andrew Heaney, and on and on and on, aren’t so sure that they are all “good people” and are in no hurry whatsoever to let the Astros “move forward.”

All of which, according to MLB insider Jon Heyman, has led to the Astros’ locker room reportedly being a bit of a disaster this Spring Training.

“Many people — perhaps most even — would have liked to have seen some Astros players punished,” Heyman tweeted on Tuesday. “Fwiw (and not sure this will make everyone feel better) but it’s not much fun in that clubhouse right now. One Astros player aptly summed things up: ‘It’s a (bleeping) mess.'”

Many people — perhaps most even — would have liked to have seen some Astros players punished. Fwiw (and not sure this will make everyone feel better) but it’s not much fun in that clubhouse right now. One Astros player aptly summed things up: “It’s a (bleeping) mess.”

I guess this is what Manfred meant when he said about the completely unpunished Astros players, “I think if you watch the players, watch their faces when they have to deal with this issue publicly, they have paid a price. To think they’re skipping down the road into spring training, happy, that’s just a mischaracterization of where we are.”

If they think it’s a mess now, just wait until they get out on the road this season pic.twitter.com/zkQkm52gzV

At least they have a piece of metal.