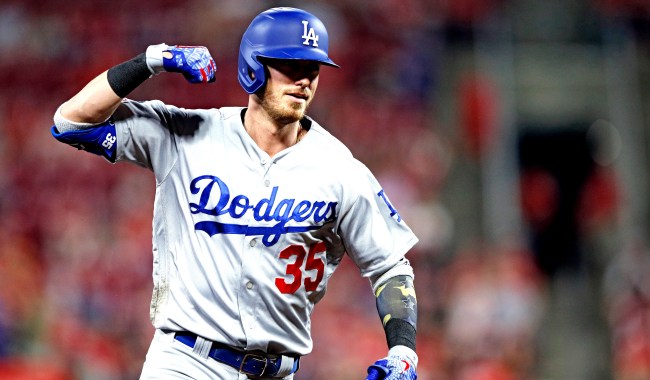 Some day things will cool down for the Houston Astros, but that day is still quite a ways off, thanks to the perceived weak punishment (or in the players’ cases – no punishment at all) the Astros received combined with the hypocritical, half-hearted apologies delivered with up yours attitude by Astros players and the team’s owner Jim Crane.

Los Angeles Angels pitcher Andrew Heaney delivered an epic rant this week which shows just how bad things are going to be for the Astros and their players this season.

And now another Los Angeles player, this time on the National League side, Cody Bellinger, held nothing back in his assessment of the Astros cheating their way to two World Series over the past three years, winning one in 2017 against his Dodgers.

“I thought Manfred’s punishment was weak, giving them immunity,” said Bellinger, reports the Los Angeles Times. “I mean these guys were cheating for three years. I think what people don’t realize is [Astro Jose] Altuve stole an MVP from Judge in ’17. Everyone knows they stole the ring from us.”

When asked if he believes the Astros continued to cheat in the 2018 and 2019 seasons, he, like many, says that he does.

#Dodgers Cody Bellinger was taken aback by Astros owner Jim Crane's assertion that sign-stealing didn't impact games: "That's just wild. And I don't know if he meant to say that or not but that's obviously not true because knowing what pitch is coming greatly impacts the game…

The 24-year-old superstar was also asked to comment on the video that went viral showing Jose Altuve telling his teammates not to tear off his jersey after he hit a walkoff homer against the Yankees in the 2019 ALCS.

“I don’t know what human hits a walk-off home run against Aroldis Chapman to send your team to the World Series and, one, has the thought to say, ‘Don’t rip my jersey off,’” Bellinger replied. “But to go in the tunnel, change your shirt, and then come out and do your interview — that makes no sense to me. Makes zero sense to me. Because I know me. Gary Sanchez said it yesterday. You can rip my shirt off, my pants off, I sent my team to the World Series off Aroldis Chapman in the ninth inning, at home, I’m going crazy.”

Related: New Catalog Featuring Astros’ Alex Bregman Is Getting Destroyed For The Ironic Slogan On The Cover

Cody Bellinger dropping absolute bombs as he eviscerates everything @astros-related. And he is absolutely RIGHT. pic.twitter.com/ODL0lUmxhl