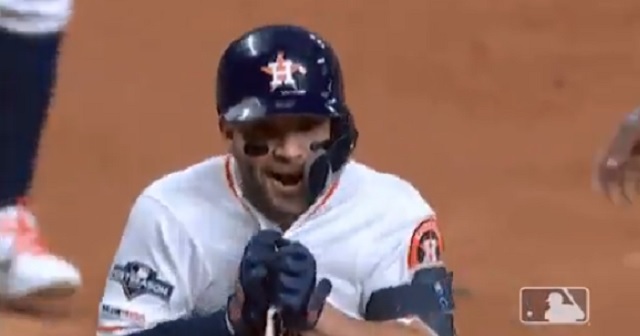 The rumor originated from a Twitter account posing as Carlos Beltran’s niece who claims Jose Altuve wore a buzzer under his jersey during games that relayed tipped pitches from the video guy watching the game in the hallway.

Beltran's niece tweeting about the buzzers, which matches up with what Ive been told from about 5 different parties. pic.twitter.com/zla70bW0Wu

5 different people within baseball, not connected to each other at all, have told me 'the buzzers are very real' with the same details and shit.

I’ve heard this from multiple parties too, for what it’s worth… https://t.co/zDlp0x4bKs

According to ESPN’s Marly Rivera, Beltran’s family denies that the twitter account was associated with anybody related to Beltran.

Correction: someone posing as Beltrans niece who has correctly reported two things about him before they were official.

A video of Altuve telling his teammates to rip up his jersey after he hit a walkoff homer against the Yankees in the 2019 ALCS went viral after the rumors made the rounds.

WOWOWOW Here’s Jose Altuve telling his teammates NOT to take off his jersey after the HR off Chapman pic.twitter.com/8PuUIjQylD

At the time Altuve said he didn’t want teammates rip his jersey off because he was “shy” but fans weren’t buying it.

Here's Ken Rosenthal, who broke the news of the Astros cheating scandal, asking Jose Altuve why he was telling teammates not to rip his jersey off after the walk-off home run in Game 6 of the 2019 ALCS: pic.twitter.com/xoBGX159QG

Altuve’s agent Scott Boras immediately released a statement saying his client denied the allegations made against him.