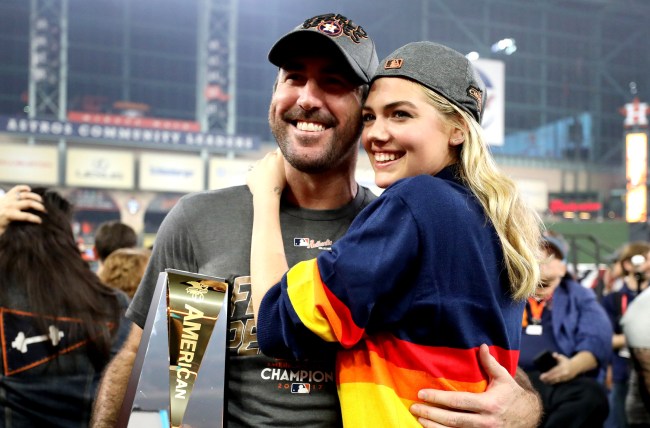 On more than one occassion in his Major League Baseball career, Astros pitcher Justin Verlander has complained loudly and in one case, profanely, about there not being a level playing field for himself, gave the most hypocritical interview on Thursday when asked about Houston’s cheating scnadal.

Following Alex Bregman, Jose Altuve, Astros owner Jim Crane, and new manager Dusty Baker’s non-apology apologies Thursday morning the Houston clubhouse was open for business and, as would be expected, the media had a whole bunch of questions.

Some Astros players like Carlos Correa and Yuli Gurriel actually sacked up and admitted that they did it, they were sorry, and they are not proud of themselves.

"If I'm lying here I'll lose credibility, I want to speak the truth. It's straight up false" pic.twitter.com/o3LVPJMr2i

Yuli Gurriel: "No one put a gun to our head. It would be a lie to say that one or two people are responsible. We are all responsible."

Springer: "We are ALL responsible. Carlos and Alex were great to us."

Bregman: "No one put us up to this. We did… https://t.co/WJQCtHcwy5

Others, like Astros owner Jim Crane and his pitcher Justin Verlander, who just last summer went on a profane rant claiming the league and MLB commissioner Rob Manfred were turning the league into a “fucking joke” by juicing the baseballs, decided to dig their holes a little deeper with their responses to the sign-stealing scandal.

Verlander refused to answer questions about what he did discuss with his teammates when he found out about the cheating, and claimed that he had no suspicions that the Astros were illegally stealing signs before he joined the team in 2017.

Interesting response, because that same year while he was still on the Detroit Tigers, Verlander complained to the media about, wait for it… sign-stealing.

“It’s not about gamesmanship anymore,” Verlander complained in 2017. “It used to be, ‘Hey, if you can get my signs, good for you.’ In the past, if a guy on second (base) was able to decipher it on a few pitches, I guess that was kind of part of the game. I think it’s a different level now. It’s not good.”

When asked if the cheating changed his opinion of his teammates when he found out, Verlander replied, “Again, I think as a team we’ve expressed our remorse, myself included, and I’ll leave it at that.”

And when asked if he believes the Astros 2017 World Series title is now tainted, Verlander once again gave a very bad answer.

“Personally, I don’t. I think everyone can draw their own conclusions and have their own opinions, though,” he replied. “I think we had an extremely talented ball club. In my opinion we had the best team in baseball.”

As happened earlier on Thursday when the Astros held a press conference to address the sign-stealing scandal, all Verlander’s comments did was make fans even more angry.

The joke pretty much writes itself.

So, Verlander had plenty of shit to say about the baseballs being different at the all star press conference last year but he has said nothing about Bregman and Altuve cheating pic.twitter.com/DFY5VqsCeO

@JustinVerlander wish you had said more? You were outspoken until you benefited from the cheating! You are trash... can

He always said plenty about other cheaters. I guess it was easier to shout things from his high horse.

You ******* Coward you run your mouth about everything that happens in baseball until you got that RING on false pretenses @JustinVerlander pic.twitter.com/EUTRuXCwHq

Here’s Verlander responding to Dee Gordon’s steroid suspension: "… I think it should be a ban from baseball. It's too easy for guys to serve a suspension and come back and still get paid."

Oh well, at least Dallas Kuechel who was a pitcher on the 2017 Astros team apologized. What’s that?

Dallas Keuchel on ‘17 Astros: ‘We’re always going to be World Series champs because we were talented.’ #whitesox #Astros pic.twitter.com/T5IXpxqjkH

Astros hitters might want to go up to the plate wearing armor this year.