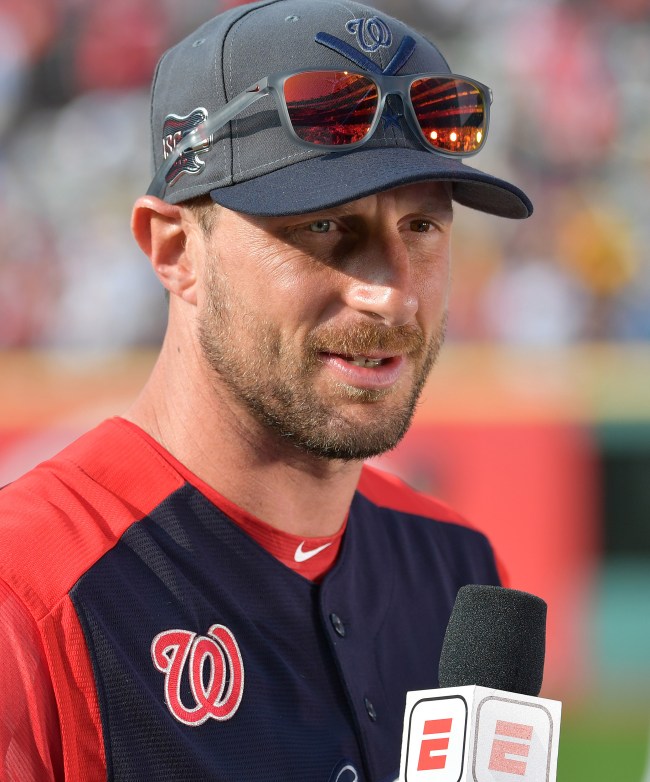 From 2010 to 2014, two of Major League Baseball’s best pitchers of this generation, Max Scherzer and Justin Verlander, were teammates on the Detroit Tigers. (How much would the 28-57 Tigers like to have those two back right about now?)

On Monday, Verlander went on a rant claiming MLB is turning the game into a “f**king joke” by using juiced baseballs.

“They’ve been using juiced balls in the Home Run Derby forever. They know how to do it. It’s not coincidence,” said Verlander during his rant. “I find it really hard to believe that Major League Baseball owns Rawlings and just coincidentally the balls become juiced.”

At the MLB owners’ meetings in June, Major League Baseball commissioner Rob Manfred was asked specifically about whether the baseballs being used this year are juiced (via Newsday).

“We believe that the batch of baseballs that we have this year have less drag,” Manfred said. “Our thinking in that regard was colored by the report that was done last year that identified that as an issue. Our ongoing conversations with the scientists suggest that. We continue to focus on trying to figure out exactly why that is.

“They [Rawlings] haven’t changed their process in any meaningful way. They haven’t changed their materials. There’s two points that I would make, even in the report last year: The scientists identified the pill in the baseball — not what it was actually composed of — but the centering of the pill in the baseball as something that could be a drag issue. To the extent that the pill is not perfectly centered, the ball wobbles when it’s hit, creates more drag. We think one of the things that may be happening is they’re getting better at centering the pill. It creates less drag.”

On Tuesday, Manfred doubled down on his explanation.

Rob Manfred on some players' belief that MLB intentionally juiced the baseball: “Baseball has done nothing, given no direction, for an alteration of the baseball.”

During Monday night’s All-Star Game festivities, Scherzer was asked to comment on Verlander’s complaint and belief that the baseballs being used this year are the reason for the massive spike in home runs (they are up a ridiculous 19% over last year and players are on pace to hit a combined 1,076 more homers than they did in 2018).