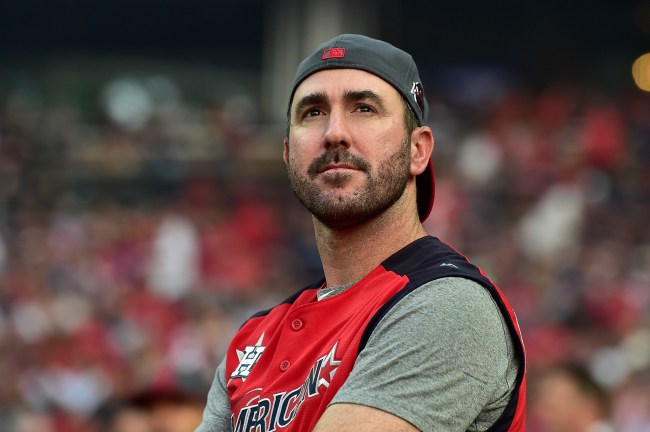 During the first half of the MLB season, players have hit 3,691 moonshots, putting them on pace to hit 6,668 dingers and smash the previous record of 6,105 hit in 2017. Is this 560+ discrepancy a fluke or a product of better offensive performers or something more dubious?

American League All-Star Game starter Justin Verlander believes that the institution and MLB commissioner Rob Manfred are to blame for the wild offensive production. Verlander has allowed a major league-high 26 home runs this season, just four shy of the number of round trippers he’s allowed in a single season his entire career.

Speaking with ESPN on Monday, the 36-year-old husband of Kate Upton pointed to the MLB’s suspcious acquisition of Rawlings, the supplier of the official major league ball, in June 2018.

“It’s a f—ing joke. Major League Baseball’s turning this game into a joke. They own Rawlings, and you’ve got Manfred up here saying it might be the way they center the pill. They own the f—ing company. If any other $40 billion company bought out a $400 million company and the product changed dramatically, it’s not a guess as to what happened. We all know what happened. Manfred the first time he came in, what’d he say? He said we want more offense. All of a sudden he comes in, the balls are juiced? It’s not coincidence. We’re not idiots.”

When asked if he believes the balls were intentionally juiced by the league, the Astros pitcher was confident in his beliefs.

Yes. 100 percent. They’ve been using juiced balls in the Home Run Derby forever. They know how to do it. It’s not coincidence. I find it really hard to believe that Major League Baseball owns Rawlings and just coincidentally the balls become juiced.”

Commissioner Rob Manfred spoke with Golic and Wingo on Monday to address the claims, chalking up the discrepancy to the pitfalls of a man-made product.

“Our scientists that have been now studying the baseball more regularly have told us that this year the baseball has a little less drag. It doesn’t need to change very much in order to produce meaningful change in terms of the way the game is played on the field. We are trying to understand exactly why that happened and build out a manufacturing process that gives us a little more control over what’s going on. But you have to remember that our baseball is a handmade product and there’s gonna be variation year to year.”