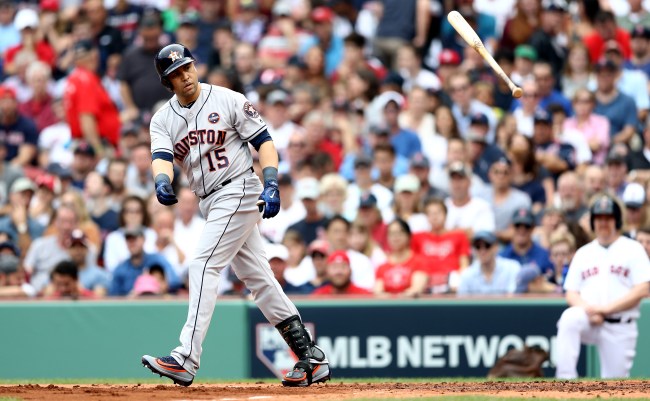 So, how much did that New York Mets know about Carlos Beltran’s role in the Houston Astros’ illegal sign-stealing scheme and when did they know it?

Beltran, who was hired as the Mets manager during the offseason denied knowing anything about using a camera to steal signs during the Astros’ 2017 World Series winning season.

And yet, two months later, Beltran was let go, errr, resigned without ever managing a game for the Mets.

These are questions that are now going to be asked after Ken Rosenthal and Evan Drellich of The Athletic continue to dig deeper into the Astros’ sign-stealing.

Their latest effort, published this week, paints a very damning picture of the former Astros outfielder’s role in the scandal, as they now call Beltran, along with former bench coach Alex Cora, the “driving force behind the trash-can banging system.”

According to their sources, Beltran and catcher Brian McCann, who both played for the Yankees in the 2015, 2015, and 2016 seasons, and when they joined the Astros in 2017 Beltran, according to multiple sources, told the team their sign-stealing methods were “behind the times.”

The Yankees, according to multiple sources who spoke to The Athletic, also reportedly used the video replay room to learn other teams’ sign sequences during the 2015 season.

Beltran was reportedly approached multiple times by Astros players, including McCann, with misgivings about using the sign-stealing system. McCann even asked Beltran to stop, according to two members of the team.

“He disregarded it and steamrolled everybody,” said one of the players. “Where do you go if you’re a young, impressionable player with the Astros and this guy says, ‘We’re doing this’? What do you do?”

That statement echoes the sentiment expressed by former Astros pitcher Joe Musgrove who told MLB Network in January, “I was in my first year, man. Along with (Alex) Bregman and a lot of those guys, and in your first year in the big leagues you’re around guys like Beltrán and (Brian) McCann, some big names. And I’m not going to be the pitcher to walk up and tell ‘em to knock it off.”

Beltran, who had a Hall of Fame worthy 20-year career in Major League Baseball, has said in a statement about the scandal, “Over my 20 years in the game, I’ve always taken pride in being a leader and doing things the right way, and in this situation, I failed. As a veteran player on the team, I should’ve recognized the severity of the issue and truly regret the actions that were taken.

“I am a man of faith and integrity and what took place did not demonstrate those characteristics that are so very important to me and my family. I’m very sorry.”

Do these revelations now mean Beltran’s chances for Hall of Fame induction are over? Will he ever get a job in Major League Baseball again? Time will tell, but according to agent Scott Boras, he shouldn’t even have had to apologize.