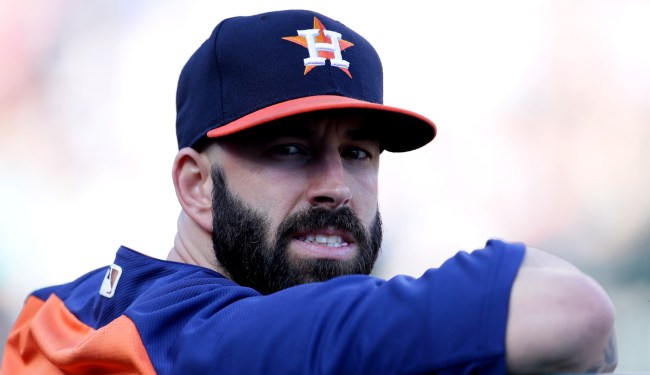 Last Thursday, something was pointed out by a former teammate of Houston Astros whistleblower Mike Fiers that went pretty much ignored by the media.

While being interviewed on The Howard Stern Wrap Up Show, Major Leage Baseball pitcher Ryan Buchter, who played the last two seasons alongside Fiers on the Oakland A’s, said Fiers told him privately that the Houston Astros began their illegal sign-stealing way back in 2014.

Buchter also said that Fiers told him it was still happening 2019 and that he would willingly give up his 2017 World Series ring, which he won with the Astros, if any of Houston’s players end up getting suspended.

Ryan Buchter on the @sternshow #WrapUpShow sheds a LOT of light on the @astros. Mike Fiers told @MLB that he’d give up his ring and his WS share if any of the Astros are suspended. He also confirms that they started this garbage in 2014 and it continued all last year.

Also for the record Ryan Buchter was on the Howard Stern wrap up show and said Oakland talked to the league well before fiers came out n said something… @jessmendoza how can you say he should of went through the @MLB with they turned a blind eye multiple times for years? COMMON

Interesting that Fiers mentioned to Buchter that the Astros allegedly began cheating in 2014 because a look at Houston’s win totals from 2013 on are, at the very least, interesting, given this news.

Of course, the Astros also added a lot of very good players to their roster during this time, so their rise can’t be 100 percent attributed to cheating.

The next day, Howard Stern brought up Fiers and wondered why so many people, like ESPN’s Jessica Mendoza, were mad at him for exposing the Astros’ cheating.

Many Major League Baseball players have been on board with Fiers, believing that what he did was the right thing.

And then there’s people like former Astros manager and player slash hardo Phil Garner who flat-out calls Fiers a “rat.”

“I think that he’s been viewed as a rat,” Garner told Sports Radio 610 in Houston. “If it was a big deal for you why didn’t you bring it up when you were with the Astros? Why didn’t you step up and stop it? You’re going to wait until you’re on another team? You’re going to enjoy the fruits of any success being had by the team, you’re enjoying that until you go away and say ‘I don’t like that anymore.’ To me, that’s not a very good standard and I think most baseball players are going to view it that way.”