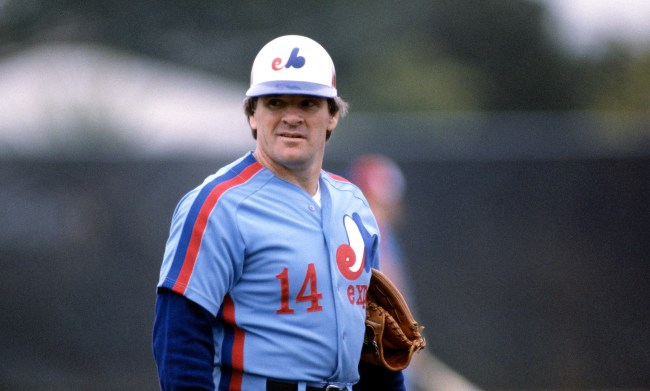 Pete Rose, along with many Major League Baseball fans, were very unhappy that “Charlie Hustle” was still banned from the game while Houston Astros players who cheated their way to a World Series win were given absolutely no punishment.

Following the announcement of the punishments for the illegal sign-stealing scandal, Rose complained that the Astros’ offenses were far worse than what he did.

“I bet on my own team to win,” said Rose. “That’s what I did in a nutshell. I was wrong, but I didn’t taint the game. I didn’t try to steal any games.”

Now Rose, who actually had the nerve to complain publicly that Kobe Bryant’s death distracted the sportds world from the Astros’ scandal, has filed a petition with MLB for reinstatement.

The lawyers say that Rose’s lifetime ban is “vastly disproportionate” when compared with MLB’s punishments of players who took performance-enhancing drugs and the players involved in the sign-stealing schemes by the 2017 Houston Astros.

“There cannot be one set of rules for Mr. Rose and another for everyone else,” Rose’s 20-page petition for reinstatement says. “No objective standard or categorization of the rules violations committed by Mr. Rose can distinguish his violations from those that have incurred substantially less severe penalties from Major League Baseball.”

The petition also cites the fact that Major League Baseball has reinstated pitcher Jenrry Mejia, who had previously been banned for life for testing positive three times for using anabolic steroids.

“It has never been suggested, let alone established, that any of Mr. Rose’s actions influenced the outcome of any game or the performance of any player,” the petition reads. “Yet for the thirty-first year and counting, he continues to suffer a punishment vastly disproportionate to those who have done just that. Given the manner in which Major League Baseball has treated and continues to treat other egregious assaults on the integrity of the game, Mr. Rose’s ongoing punishment is no longer justifiable as a proportional response to his transgressions.”

Rose has also requested a meeting with Manfred, and a Major League Baseball source told ESPN the league is currently reviewing Rose’s petition.

This is the second time Rose has requested reinstatement from Commissioner Manfred. The all time hit leader was denied his appeal in December of 2015 because Manfred said Rose had not “reconfigured” his life, partially referring to the fact that admitted that he still bets on baseball in Las Vegas, where he lives.