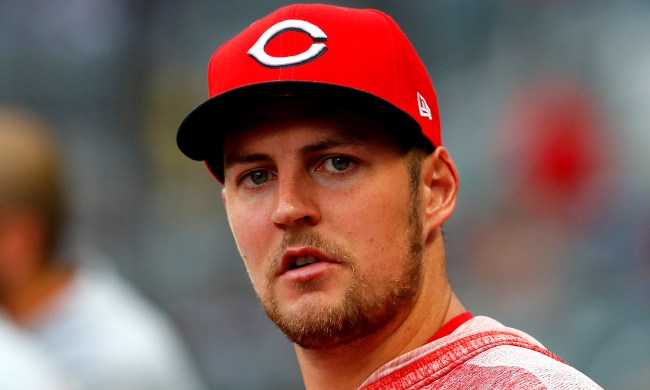 For several years, Cincinnati Reds pitcher Trevor Bauer expressed his belief that the Astros were cheating.

However, he wasn’t happy about being right, writing in an article for The Player’s Tribune, “I do feel vindicated. But I wish I had been wrong.”

In addition to the article for The Player’s Tribune, Bauer also posted an almost seven minute video denouncing MLB Commissioner Rob Manfred and the way he has mishandled the Astros scandal as well as several other aspects of his job as the head of Major League Baseball.

Friday afternoon, C. Trent Rosecrans of The Athletic asked Bauer, “Why is it important to you to speak out?”

10 minutes later, Rosecrans had his answer.

“Because for two years, three years, they mocked me for bringing up the fact that they could possibly be cheating,” Bauer began his impressive diatribe.

“I mean, I don’t know anything about the whole (Roberto) Osuna situation, right? But if you’re Justin Verlander and you decide to take a stance against domestic violence and speak out 100 percent against it and then you flip-flop your opinion when someone is now on your team and it’s affecting you, that’s not having character. That’s not taking a moral stand, that’s just pandering to the public. It’s the same thing as cheating. If you’re going to sit there as A.J. Hinch and tell me that I should probably sweep my porch and my accusations are unfounded and you’re going to laugh in the face of the media about the Yankees saying that he may be doing something in the postseason and saying, ‘Oh if I knew it was going to get in their head, then we probably would have done something.’ Like, fuck you! How are you going to say that when you know damn well that you’re doing what they’re saying? I don’t know.”

I’m big on honesty and having character and treating people well.”

“So now Whit Merrifield, when he goes to sign his long-term extension, doesn’t have ‘All-Star’ next to his name. ‘All-Star’ probably makes him a lot more valuable in arbitration, which perhaps makes him not sign that deal or maybe sign the deal for that many more million dollars,” he explained. “Aaron Judge doesn’t have ‘MVP’ next to his name. What is he worth in his first year of arbitration? That’s millions of dollars. The trajectory of the career, too. It’s not the first time where it’s a million or two, but then the next year it’s two or three and the next year after that, it’s four or five.”

Bauer had much, much more to say and if you’re a baseball fan then you really should read his full responses. They’re dead solid perfect.